Australia vs India, 3rd Test: Have To Bat In The Manner I Know, Says Cheteshwar Pujara

Australia vs India, 3rd Test: Cheteshwar Pujara registered his slowest fifty in Test cricket on Day 3 of the third Test between Australia and India. 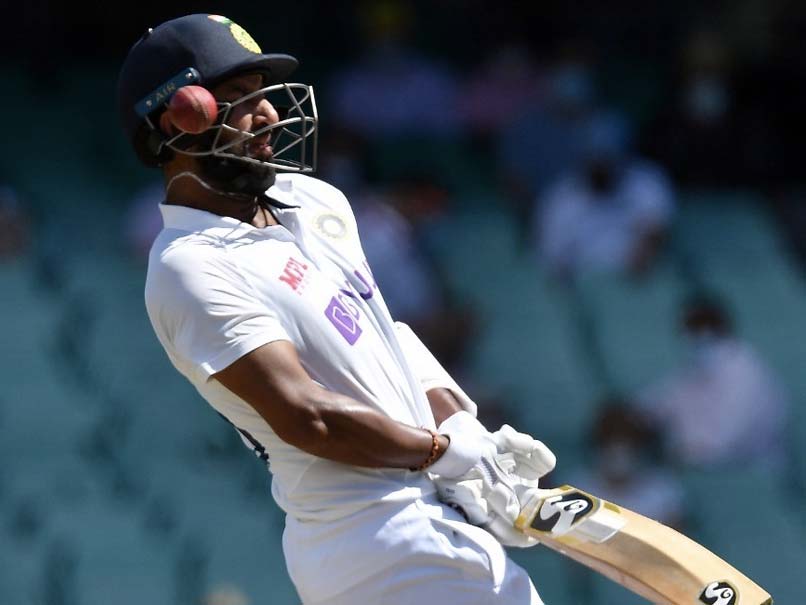 India batsman Cheteshwar Pujara on Saturday said that the delivery from Australia pacer Pat Cummins that dismissed him, was one of the best balls bowled in the ongoing series. Criticised for his slow approach at the crease, India's number three added that he needs to go about his job in the manner he knows. "We are trying our best, but sometimes Pat Cummins has a better idea, sometimes he has bowled some of the unplayable deliveries, for example, the ball which I got, if there was any other batter, I felt that was the best ball of this series, sometimes you have to accept it, we are trying our best as a batting unit. It is not just about him, it is important to bat well as a unit," said Pujara while replying to an ANI query during the virtual press conference.

"I have got out against him four times but some of them were really good balls, we need to respect that, overall I am confident about my batting, I would rather focus on the things I need to as a batsman rather than put too much pressure on him getting me out. The way I was batting today, I was really confident. The way I got out today, I have to accept that. I could not have done anything better, I would rather focus on the things I need to do as a batsman. I just have to bat in the manner I know to bat, even as a batting unit, you need to build partnerships and bat well as a unit," he added.

Pujara who registered his slowest fifty in Test cricket on day three of the third Test was sent back to the pavilion almost immediately after bringing up the individual milestone. Cummins, who bothered the visitors from the very start, got Pujara's crucial wicket and India were sent into a further slump on day three. The Indian number three played 176 balls and managed to score just 50 runs at a strike-rate of 28.41.

This was the fourth time that Cummins dismissed Pujara in the ongoing series. Former Australia skipper Ricky Ponting on Saturday said that Pujara's approach was not right and his approach puts more pressure on other Indian batsmen.

"I don't think it was the right approach, I think he needed to be a bit more proactive with his scoring rate because I felt it was putting too much pressure on his batting partners," Ponting tweeted.

India's middle and lower-order failed to deliver and the visitors were bowled out for 244 in the second session on day three of the third Test against Australia on Saturday. Australia have now taken a 197-run lead over the visitors.

Pat Cummins Cricket
Get the latest updates on India vs South Africa and check out  Schedule, Results and Live Score. Like us on Facebook or follow us on Twitter for more sports updates. You can also download the NDTV Cricket app for Android or iOS.