Australia vs India, 3rd Test: After Rishabh Pant, Ravindra Jadeja Too Taken For Scans After Blow To Left Thumb

Australia vs India, 3rd Test: After Rishabh Pant's injury, India have another worry as all-rounder Ravindra Jadeja was also taken for scans after he injured his left thumb while batting. 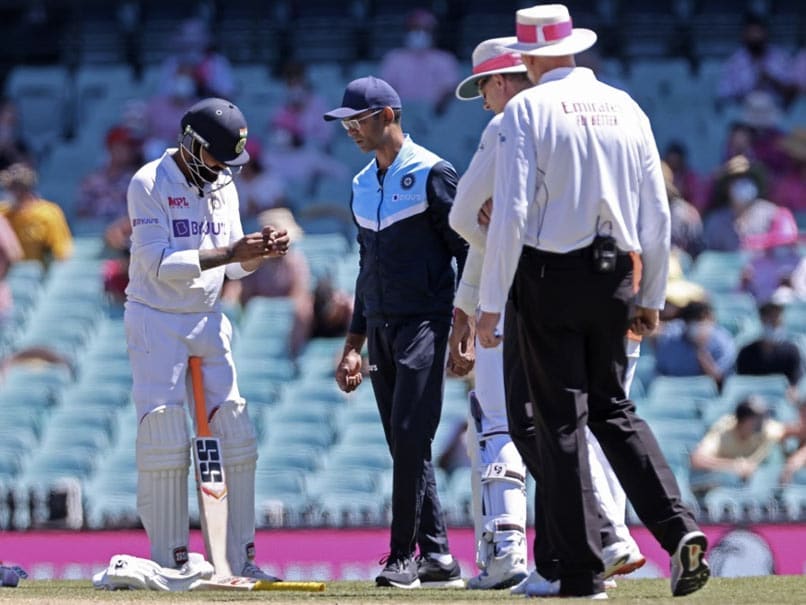 AUS vs IND: Ravindra Jadeja injured his left thumb while batting on the third day.© AFP

India wicket-keeper Rishabh Pantand all-rounder Ravindra Jadeja were taken to the hospital for scans after they suffered blows on their left elbow and left thumb, respectively, while batting, the BCCI said on Saturday. Pant suffered the injury during his 36-run knock on Day 3 of the third Test against Australia at the Sydney Cricket Ground. He was replaced by Wriddhiman Saha behind the stumps when the Indian team came out to field in Australia's second innings. Jadeja injured his left thumb also while batting and didn't take the field as well.

"Rishabh Pant was hit on the left elbow while batting in the second session on Saturday. He has been taken for scans," the BCCI tweeted.

Soon after that BCCI put out another update, this time regarding Jadeja's injury.

Rishabh Pant was hit on the left elbow while batting in the second session on Saturday. He has been taken for scans. #AUSvIND pic.twitter.com/NrUPgjAp2c

UPDATE - Ravindra Jadeja suffered a blow to his left thumb while batting. He has been taken for scans.#AUSvIND pic.twitter.com/DOG8SBXPue

Pant was batting with confidence before he took a blow to his elbow by a short delivery from Pat Cummins. The wicketkeeper-batsman seemed to be in quite a lot of discomfort after being hit but continued to bat. However, despite all his efforts he didn't carry on long as Josh Hazlewoodgot him caught at first slip by David Warner.

Similarly, Jadeja also batted with pain and scored some crucial runs towards the end, remaining unbeaten on 28 off 37 balls. Despite his late flurry, India were bowled out for 244 runs in their first innings, with hosts taking a crucial 94-run lead.

Cummins was pick of the bowler for Australia as he took four for 29 runs from his 21.4 overs. Hazlewood returned with figures of two for 43 runs while Mitchell Starc picked up a wicket as well.

Pat Cummins Australia vs India 2020-21 Australia vs India, 3rd Test Cricket
Get the latest updates on ICC Women's Cricket World Cup 2022 and IPL 2022, check out the Schedule , Live Score and IPL Points Table. Like us on Facebook or follow us on Twitter for more sports updates. You can also download the NDTV Cricket app for Android or iOS.