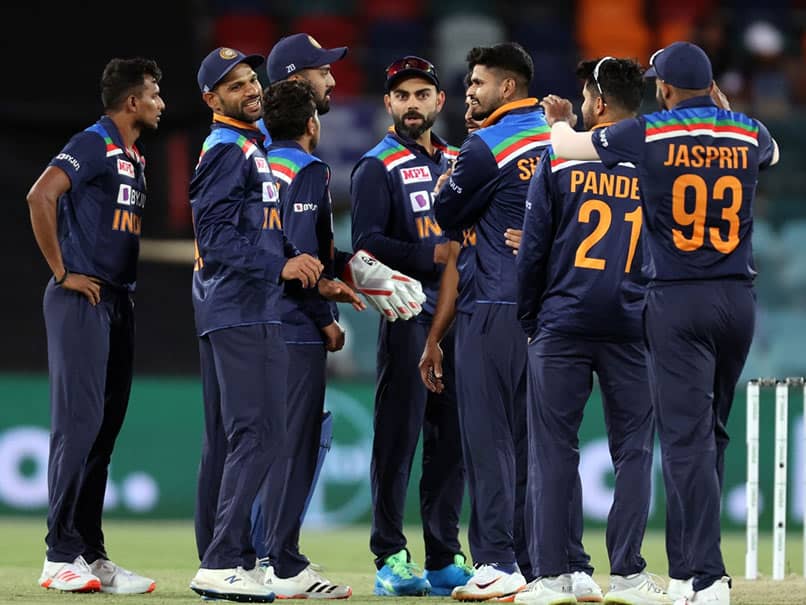 Australia vs India: India bowled out Australia for 289 to win the third ODI by 13 runs.© AFP

India defeated Australia by 13 runs in the final ODI of the three-match series at the Manuka Oval in Canberra. Team India posted a total of 302 runs for the loss of five wickets in 50 overs, after skipper Virat Kohli won the toss and opted to bat. Hardik Pandya was the highest run-getter, smashing 92 runs off 76 deliveries in an innings comprising of seven boundaries and a six. Ravindra Jadeja was the second top run-scorer, hitting 66 runs off 50 balls with five boundaries and three maximums to his credit. Kohli was dismissed for 63 runs off 78 deliveries. Shikhar Dhawan, Shubman Gill, KL Rahul and Shreyas Iyer were dismissed cheaply. Ashton Agar was the pick of the bowlers for Australia, accounting for two wickets. During the chase, Aaron Finch was the highest run-getter for the hosts, scoring 75 runs off 82 deliveries. Glenn Maxwell provided quality support, smashing 59 runs off 38 deliveries. However, a fine performance by the Indian bowling attack helped the visitors secure a win and avoid series whitewash. Shardul Thakur was the highest wicket-taker, accounting for three dismissals. Jasprit Bumrah and T Natarajan picked two wickets apiece. Australia clinched the three-match ODI series 2-1. (SCORECARD)

Jasprit Bumrah Live Score Live Cricket Score Live Blogs Cricket
Get the latest updates on India vs Australia Series, check out the India vs Australia Schedule for 2020-21 and Ind vs Aus live score . Like us on Facebook or follow us on Twitter for more sports updates. You can also download the NDTV Cricket app for Android or iOS.