Australia vs India: KL Rahul Introduces Fans To The "Back Benchers" Of Team India. See Pic

Australia vs India: KL Rahul took to social media on Saturday to reveal the three back benchers in the Indian cricket team. 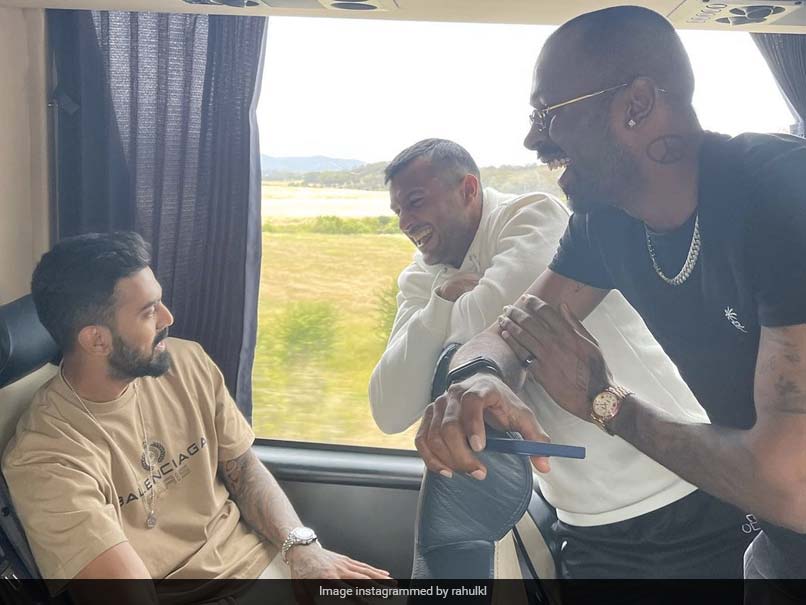 KL Rahul, who starred with the bat with a half-century in the Twenty20 International (T20I) series opener in Canberra on Friday, took to social media on Saturday to introduce fans to the back benchers in the Indian cricket team. KL Rahulshared a couple of pictures of himself with Hardik Pandya and Mayank Agarwal. In the first picture, the Indian cricketers can be seen enjoying a train ride while in the second photograph, KL Rahul and Hardik were clicked with their gadgets. "back benchers," KL Rahul captioned the images.

Apart from KL Rahul's half-century, Ravindra Jadeja played a brisk knock of 44 not out off just 23 balls. His innings comprised of five boundaries and a maximum.

Jadeja was hit on the helmet by a Mitchell Starc bouncer in the final over of India's innings.

Jadeja, who complained of dizziness during the mid-innings break, was subbed by Chahal for Australia's chase and the leg-spinner bagged man of the match award for taking three wickets for 25 runs from his four-over spell.

Later in the day, Jadeja was ruled out of the T20I seriesand the Board of Control for Cricket in India (BCCI) added fast bowler Shardul Thakur to the Indian squad.

The second T20I of the ongoing series will be played at the Sydney Cricket Ground on Sunday.

Hardik Pandya Mayank Agarwal Australia vs India 2020-21 Cricket
Get the latest updates on ICC Women's Cricket World Cup 2022 and IPL 2022, check out the Schedule , Live Score and IPL Points Table. Like us on Facebook or follow us on Twitter for more sports updates. You can also download the NDTV Cricket app for Android or iOS.