India vs Australia Test Highlights: Marnus Labuschagne hit a fine century to put the home side in a good position on Day 1 of the fourth Test match. Debutant T Natarajan was the top performer for India, taking two crucial wickets. 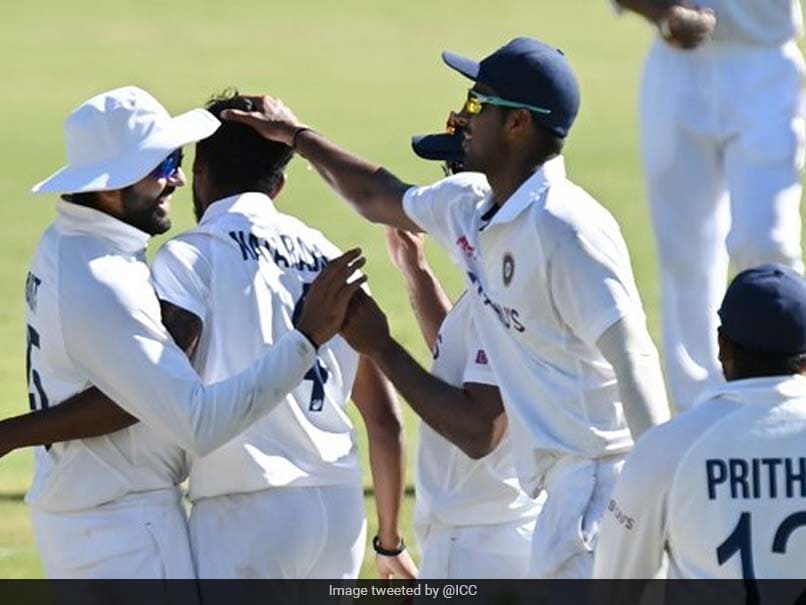 IND vs AUS Highlights: T Natarajan celebrates after taking a wicket on Day 1 of the 4th Test.© Twitter

A century by Marnus Labuschagne helped Australia take the honours on Day 1 of the ongoing fourth and final Test match against India, at the Gabba in Brisbane. Australia were 274 for five at Stumps after 87 overs. Captain Tim Paine won the toss and elected to bat. Despite losing early wickets, Labuschagne slammed 108 runs off 204 balls to help put the hosts in charge. Openers David Warner and Marcus Harris couldn't find their footing against the visiting pacers, and lost their wickets in the early stages of Day 1. Steve Smith and Matthew Wade could only muster 36 and 45 runs respectively before being sent back to the pavilion. Cameron Green (28) and Tim Paine (38) remained unbeaten at stumps, making sure the hosts didn't have anymore setbacks. The 50-plus stand between Green and Paine put Australia marginally ahead. Test debutant T Natarajan was the top performer on the day for India, taking two crucial wickets. Washington Sundar, who was the other Test debutant, scalped a dismissal too. India, however, suffered another injury setback after pacer Navdeep Saini had to be taken for scans, after complaining of pain in his groin. (SCORECARD)

Brisbane Cricket Ground (Woolloongabba), Brisbane Live Score Live Cricket Score Live Blogs Cricket
Get the latest updates on Fifa Worldcup 2022 and check out  Fifa World Cup Schedule, Stats and Live Cricket Score. Like us on Facebook or follow us on Twitter for more sports updates. You can also download the NDTV Cricket app for Android or iOS.