Australia vs India: Ravichandran Ashwin posted a couple of videos on his Instagram account, where he can be seen bowling with the red ball to India's Test vice-captain Ajinkya Rahane. 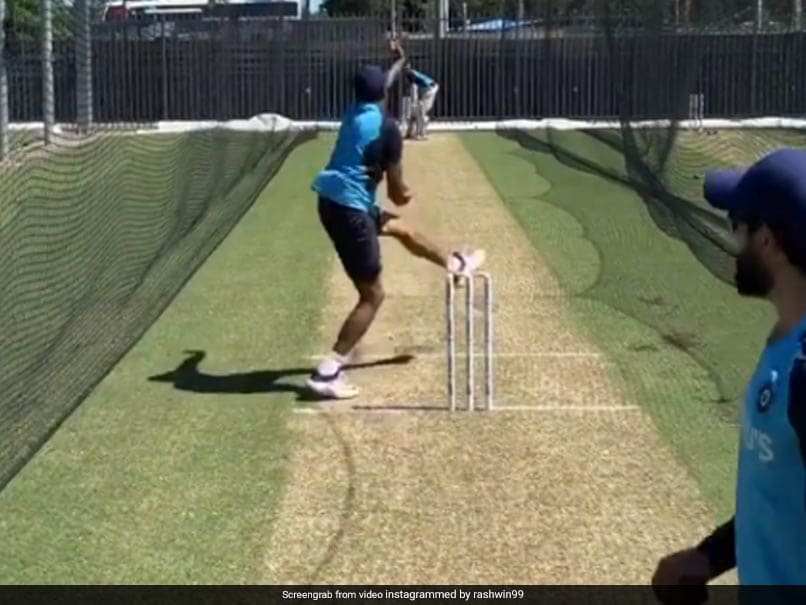 Indian players, who are currently completing their mandatory 14-day quarantine period in Sydney, have already started their preparations for the upcoming limited-overs and Test series against Australia. Off-spinner Ravichandran Ashwin and Ajinkya Rahane, both part of the Test squad, spent time sharpening their skills in the nets. Also, practicing along side them was left-arm spinner Ravindra Jadeja. R Ashwin posted a couple of videos on his Instagram account, where he can be seen bowling with the red ball to India's Test vice-captain. "Right arm over!! Kangaroo land! #backatitagain #redball #testcricke," Ashwin wrote, while sharing the videos on Instagram.

Ashwin, who has travelled to Australia with his wife and two daughters, celebrated his 9th wedding anniversary in isolation inside hotel room. Both Ashwin and his wife Prithi shared a few pictures from their isolated yet fun celebration.

"Time flies!! So did the last 9 years. @prithinarayanan #weddinganniversary," Ashwin wrote on Instagram.

Ashwin and Rahane both were part of the Delhi Capitals outfit in the recently concluded Indian Premier League (IPL) 2020, where they lost to Mumbai Indians in the final.

The Indian team players started light outdoor training on Saturday after clearing the coronavirus test. The Board of Control for Cricket in India (BCCI) shared a few pictures of players spending time in gym and also doing some light exercises outdoors.

The Indian team will be back in action after a long while when they take on Australia in a three-match ODI series, followed by as many T20Is. Before the first test match begins on December 17 in Adelaide, Indian players will play two practice games.

The second match is the Boxing Day Test and will be played at the Melbourne Cricket Ground from December 26-30. The third Test will begin on January 7 in Sydney while the fourth and the final test will start on January 15 in Brisbane.

Ravindra Jadeja
Get the latest updates on ICC T20 Worldcup 2022 and CWG 2022 check out the Schedule, Live Score and Medals Tally. Like us on Facebook or follow us on Twitter for more sports updates. You can also download the NDTV Cricket app for Android or iOS.