Cricket Australia has deemed the COVID-19 outbreak in Sydney to have subsided enough for the third Test against India to proceed as planned. 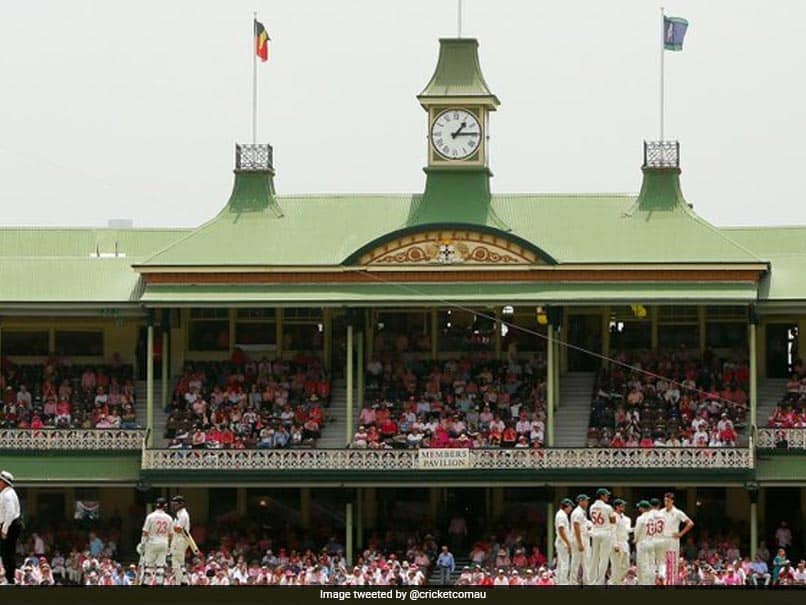 The Sydney Cricket Ground will host the third Test between India and Australia as scheduled.© Twitter

Sydney Cricket Ground will host Australia's third Test against India as scheduled, Cricket Australia confirmed on Tuesday. A recent outbreak of COVID-19 cases in Sydney had raised doubts on the Test being held in the city, but the threat has been deemed to have subsided enough to allow the game to proceed. "Despite the many challenges presented by the COVID-19 pandemic, I am delighted to say Cricket Australia remains on track to deliver the men's international series as scheduled," CA interim CEO Nick Hockley was quoted as saying on cricket.com.au.

"We have met regularly over the past week to assess the unfolding public health situation in Sydney and gauge its impact on border restrictions around the country. To date, we have been able to deliver a safe and successful summer thanks to our detailed biosecurity protocols and the amazing work of so many great people behind the scenes," he continued.

"To that end, we have made the decision to keep the New Year's Test at the SCG, which has a wonderful recent history of hosting the Pink Test and Jane McGrath Day on the third day of play," Hockley said.

"We are confident that both this match, and the fourth Test in Brisbane, will play out in a safe and successful manner and thus round out what has been a magnificent men's international program this summer," he added.

The Melbourne Cricket Ground, which hosted the second Test of the series, was earmarked as an alternative venue for the third Test in case Sydney became an untenable option due to the coronavirus outbreak there.

The two teams will go into the third Test with the series level at 1-1, as India won the Boxing Day Test at the MCG after losing the Day-Night Test in Adelaide.