India vs Australia: The Team India dressing room had happy faces as Ravichandran Ashwin and Hanuma Vihari helped them seal a historic draw against Australia. 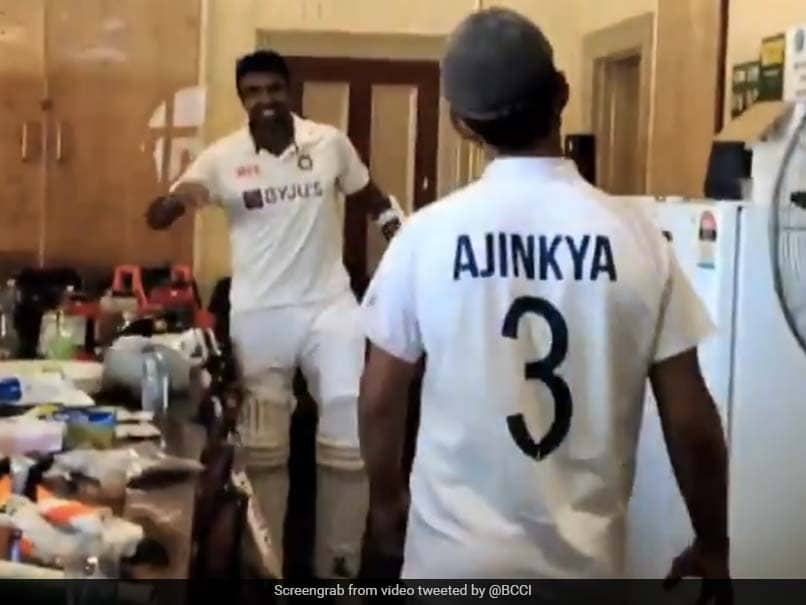 Ravichandran Ashwin and Hanuma Vihari batted out more than a session to see out an epic draw.© AFP

The official Instagram handle of the Indian Cricket Team on Monday shared a video from the dressing room at the Sydney Cricket Ground as Ravichandran Ashwin and Hanuma Vihari walked in after securing an epic draw against Australia in the third Test of the four-match series. "We've got you visuals from inside the dressing room post the historic draw at SCG," the caption read. "Moments to savour for a long time for #TeamIndia." In the video, stand-in captain Ajinkya Rahane can be seen the first to come in and congratulate Ashwin and Vihari after their marathon stand, blocking out the Australian bowlers for more than a whole session despite both carrying knocks.

The rest of the team follow suit, coming in and congratulating the duo, with handshakes and high-fives going around.

Cricket.com.au also tweeted the instant reaction from the Indian team as the epic match ended. Head coach Ravi Shastri is seen leading the hugs and congratulations before Ajinkya Rahane walks out to greet Ashwin and Vihari, followed by Mohammed Siraj, Jasprit Bumrah and the rest of the squad.

Our camera was there to catch India's instant reaction to a gutsy draw after five days of high-quality Test cricket at the SCG #AUSvIND pic.twitter.com/5JUud9Nvhu

While Ashwin was suffering from a tweaked back, Vihari hurt his hamstring early in his innings, but with the match on the line, the two valiantly saw off the Australian attack without giving an inch.

Ashwin was peppered with short balls and Vihari saw Matthew Wade throw the ball at him from close range as the Australian tried to catch him off his crease, but they batted on and rescued India from a point where it looked like Australia were favourites to win and take a 2-1 lead in the series.

However, the two teams will now go into the fourth and final Test in Brisbane with the series tied at 1-1.

Ravichandran Ashwin Hanuma Vihari Australia vs India, 3rd Test Cricket
Get the latest updates on India vs Australia Series, check out the India vs Australia Schedule for 2020-21 and Ind vs Aus live score . Like us on Facebook or follow us on Twitter for more sports updates. You can also download the NDTV Cricket app for Android or iOS.