Virat Kohli scored his 25th Test century in the Perth Test against Australia. 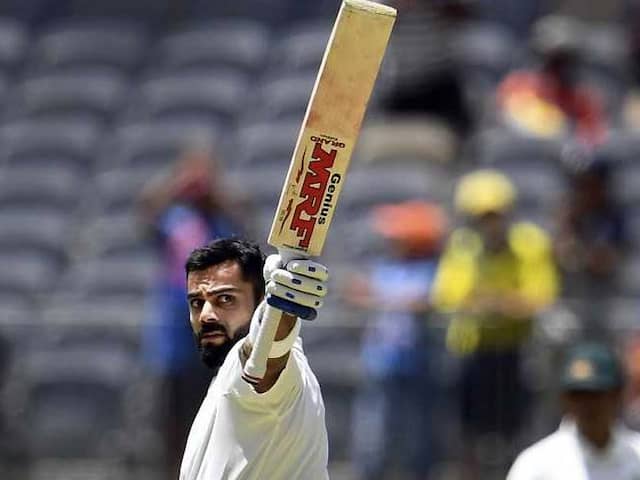 Virat Kohli now has 63 international centuries to his name.© AFP

Virat Kohli, who scored his 25th Test century in the recently-concluded second Test against Australia in Perth, consolidated his number one spot with 934 points in the latest ICC Rankings released on Thursday. The Indian skipper, who is on a record-breaking spree, brought up his seventh century against Australia and the sixth Down Under, in a match that the visitors lost by 146 runs. In the process, the 30-year-old also equalled Sachin Tendulkar's record of most Test centuries by an Indian in Australia. During the first Test at the Adelaide Oval, Kohli, who now has 63 international centuries to his name, became the fastest Indian to score 1000 Test runs in Australia.

Kane Williamson, who recently became the first New Zealander to make it to 900 points, is a close second. Usman Khawaja, whose gritty knock of 72 helped Australia set India a target of 287, moved up one slot to number 12. Australia captain Tim Paine jumped from number 55 to number 46.

Ajinkya Rahane has gained three places to number 15 and Rishabh Pant has jumped 11 spots to a career-high number 48.

Mohammed Shami, who remained wicket-less in the first innings and returned with 6/56 in the second, moved up by two slots to number 21, while Ishant Sharma's five wickets have helped him overtake England spinner Moeen Ali to take 26th place among bowlers.

Australia's Nathan Lyon moved up to number 7 after guiding his side to an impressive victory over India in the Perth Test.

As far as all-rounders are concerned, Hanuma Vihari climbed up to number 65 on the list.

Ishant Sharma Australia vs India 2018/19 Cricket
Get the latest Cricket news, check out the India cricket schedule, Cricket live score . Like us on Facebook or follow us on Twitter for more sports updates. You can also download the NDTV Cricket app for Android or iOS.