The first Test between India and Australia is scheduled to begin from December 6 in Adelaide. 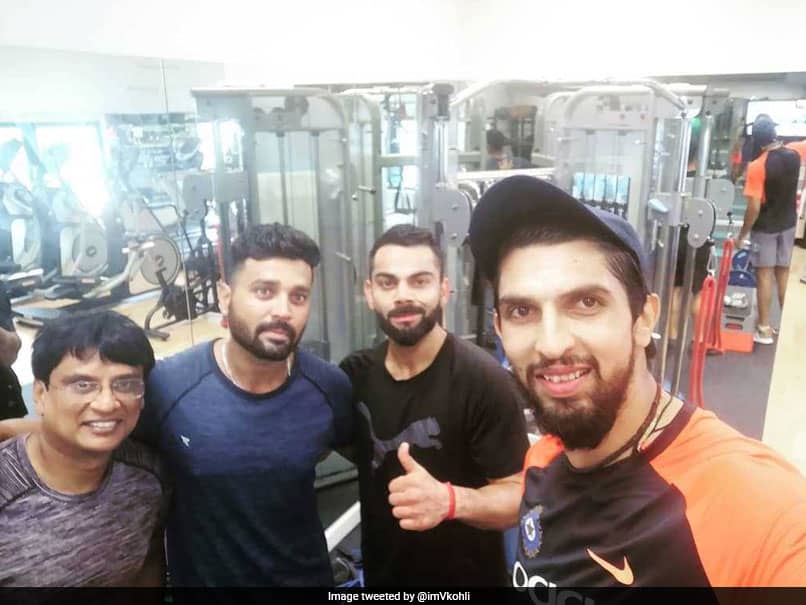 India are playing a four-day practice game against a Cricket Australia XI.© Twitter

The opening day of team India's only practice game, prior of the start of the Test series against Australia was disrupted due to rain. With a downpour hitting Sydney, even the toss did not happen on the first morning of the match. But several members of an upbeat team India wasted no time and opted to go for a gym session instead. Virat Kohli along with Ishant Sharma and Murali Vijay was seen at the session. The Indian skipper posted a photograph on social media captioned, "The rain doesn't seem to be going away so we decided to make something of our day ????. Gotta love a good workout with the boys. #makeeverydaycount."

The rain doesn't seem to be going away so we decided to make something of our day . Gotta love a good workout with the boys. #makeeverydaycount pic.twitter.com/E94yPIcpRv

India are currently playing a four-day warm-up game against Cricket Australia XI that is scheduled to run from November 28 to December 1. After the match, the team will be headed to Adelaide for the first Test of the four-match series which will commence from December 6.

Ishant Sharma along with opener Murali Vijay were several players who joined the team after the conclusion of the T20 International (T20I) that the Virat Kohli-led side drew 1-1.

Prior to the start of the T20I series, batting coach Sanjay Bangar was sent to Sydney to help the Test specialists prepare for the upcoming series against Australia. Openers Murali Vijay, Prithvi Shaw along with vice-captain Ajinkya Rahane and pacers Ishant Sharma and Mohammed Shami have been prepping under the guidance of Banger for the gruelling Test series Down Under.

Squads for the Test series:

Adelaide Oval, Adelaide Australia vs India 2018/19 Cricket Australia vs India, 1st Test
Get the latest updates on IPL 2020, check out the IPL Schedule for 2020 and Indian Premier League (IPL) Cricket live score . Like us on Facebook or follow us on Twitter for more sports updates. You can also download the NDTV Cricket app for Android or iOS.