The four-match Test series between India and Australia will start from December 6. 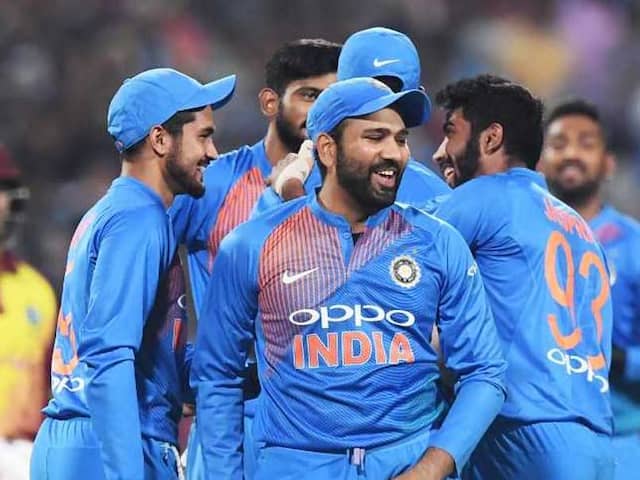 The Board of Control for Cricket in India (BCCI) on Wednesday took to Twitter to upload a one-minute long video of Rohit Sharma, Jasprit Bumrah, KL Rahul, Dinesh Karthik and Bhuvneshwar Kumar answering rapid-fire questions. The cricketers had to take questions that ranged from "who is hungry all the time" to "who shops the most". The video not only revealed fun facts about the Indian cricket team but also showed how well the members of the team know each other.

The 1-minute wrap with Team India

Who is always hungry? Who is a phone addict? Many fun facts about #TeamIndia on the sidelines of a headshot shoot.

India are currently touring Australia for a full series (3 T20Is, 4 Tests and 3 ODIs). Having drawn the three-match T20I series 1-1, the visitors will now shift their focus on the four-match Test series.

Earlier today, the opening day of India's only practice game was disrupted due to rain. With a downpour hitting Sydney, even the toss did not take place. But several members of an upbeat Team India wasted no time and opted to go for a gym session instead.

The rain doesn't seem to be going away so we decided to make something of our day . Gotta love a good workout with the boys. #makeeverydaycount pic.twitter.com/E94yPIcpRv

When India last toured Australia, under the captaincy of MS Dhoni, they had to suffer a 0-2 defeat in the four-match Test series. But a lot has happened since then. The India team is currently on the top of the ICC rankings and has become a daunting side to play against.

However, the 47-year-old added that Australia will try to get the best of home advantage.

Squad for the Test series:

Bhuvneshwar Kumar Cricket Australia vs India 2018/19
Get the latest Cricket news, check out the India cricket schedule, Cricket live score . Like us on Facebook or follow us on Twitter for more sports updates. You can also download the NDTV Cricket app for Android or iOS.