Virat Kohli led from the front as India levelled the T20 International series. 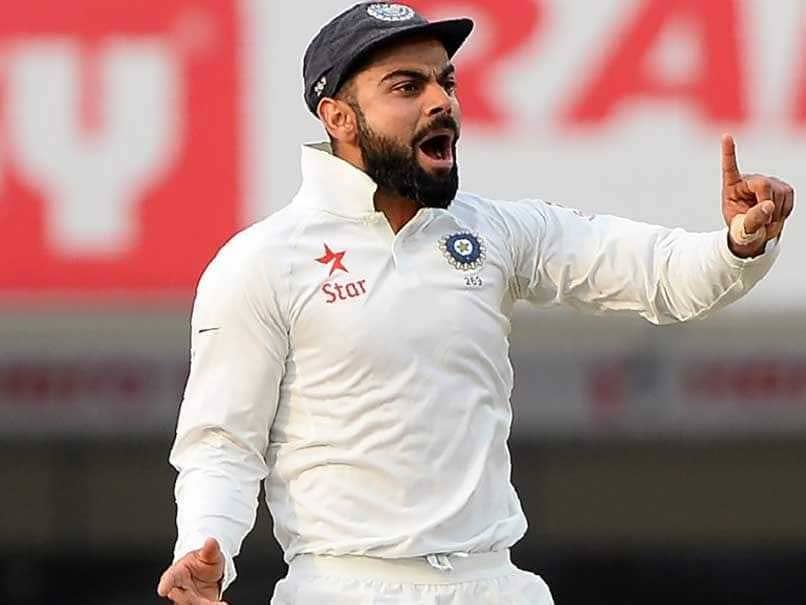 Virat Kohli was the lone warrior in 2014 as he scored 694 runs in four Tests in Australia.© AFP

Virat Kohli, who led India's T20 International team to a series-levelling win in Sydney on Sunday, has set his sights on the four-match Test series against the struggling Australian team, starting on December 6 in Adelaide. Former Australia wicketkeeper Adam Gilchrist believes that the Indian skipper will have an impressive outing but will require a "team effort" to clinch the coveted Border-Gavaskar Trophy. When India last toured Australia, under the captaincy of MS Dhoni, they had to suffer a 2-0 defeat in the four-match Test series. But a lot has happened since then. Virat Kohli-led Test team is currently on the top of the ICC rankings and has become a daunting side to play with.

Back in 2014, Kohli was the lone warrior in Australia as he scored 694 runs in four Tests. According to Gilchrist, he will repeat the heroics when India take the field in the first Test on December 6.

"Going ahead into the Test series, I expect Virat Kohli will have another imperious outing like he did in 2014 (694 runs in 4 Tests at average 86.50). I have spoken with him these last few days, seen his confidence, and seeing the way he batted in Sydney, I will be very surprised if he doesn't," Gilchrist said on Monday.

"The key for India winning this series though will be batsmen around him. Will they support him enough to allow India to get enough runs and give their good bowling attack enough opportunity to defend or even bowl Australia twice in a Test?" he added.

As Australia set to miss prominent Test batsmen Steve Smith and David Warner in their tough home series, Gilchrist conceded that India will start favourites. "India start as favourites for this Test series mainly because they have a reasonable idea of their team composition. They have a strong understanding what combination they want to play with.

"Maybe 1-2 spots will be up for grabs but otherwise their playing eleven is very much set. I think India have a stable Test team. Whereas if you look at Australia, I don't think their selectors are quite sure about the line-up or team balance. This is a new phase for Australian cricket," he said.

However, the 47-year-old added that the Aussies will try to get the best of home advantage. "Having said that, I think either side can win the series. It won't take much for Australia to be confident in their own conditions and start dominating the series. We have seen this happen in the past as well."

"Both teams have top-drawer bowling attacks, so it will come down to which batting line-up can eliminate collapses. Kohli talked about India's tour of England and said that when they were poor, they were really poor, and hence lost. India have only batted reasonably well in patches in both South Africa and England. They are favourites, but they also have to be honest with themselves," Gilchrist, who played 287 ODIs and 96 Tests for Australia, continued.

Gilchrist opined that Kohli will look to continue from where he left in the T20I series. The 30-year-old Delhi batsman scored an unbeaten knock of 61 runs as India managed to draw the three-match T20I series 1-1. Earlier, they had lost the first T20I to Australia in Brisbane, following which the second T20I was abandoned in Melbourne.

"I think it was a reasonably even T20I series. India were slightly the more dominant team in two matches. They were certainly unlucky in Melbourne because they were controlling that match. So the series could have finished 2-1 in their favour," Gilchrist commented on India's T20I performance.

"But you never know in cricket and after their recent poor form, I think Australia did particularly well in this series, especially when they defended 170-odd at the Gabba," he added.

Gilchrist expressed distress over the current state of Australian cricket, adversely affected due to the infamous ball-tampering scandal in South Africa in March this year. For their involvement in the ball-tampering, both Smith and Warner were given one-year long bans by Cricket Australia.

"Smith and Warner have scored a lion's share of Australia's runs over the last couple years or so, and this is a huge loss, no doubt. They are clearly going to miss them, especially Smith because he is in the same space as Kohli," Gilchrist said.

"He is the best batsman in the world across formats but until the ban Smith was right up there, particularly in Test cricket. Warner can be very damaging and this is a massive hole. Their absence makes it a more open series for India and all the more difficult for Australia," he said.

Gilchrist added that Cameron Bancroft's suspension will also hurt Australia in the home series against India. "Even Cameron Bancroft is a big miss, because he provided a calming influence at the top as a Test opener. In their absence, my advice for Australia would be to bat in a group. And they need to avoid what India did in South Africa and England," he advised.

"When Indian batsmen were bad in those series, they were very bad and lost Tests. So, when the moment of failure comes, Australian batsmen should try to not be as bad. Don't lose ten wickets for 100-odd runs too often, would be my advice," the former wicketkeeper concluded.

Virat Kohli Adam Gilchrist Australia vs India 2018/19 Cricket
Get the latest updates on IPL 2020, check out the IPL Schedule for 2020 and Indian Premier League (IPL) Cricket live score . Like us on Facebook or follow us on Twitter for more sports updates. You can also download the NDTV Cricket app for Android or iOS.