Pat Cummins scored a gritty half-century in the second innings to take the Boxing Day Test into the final day. 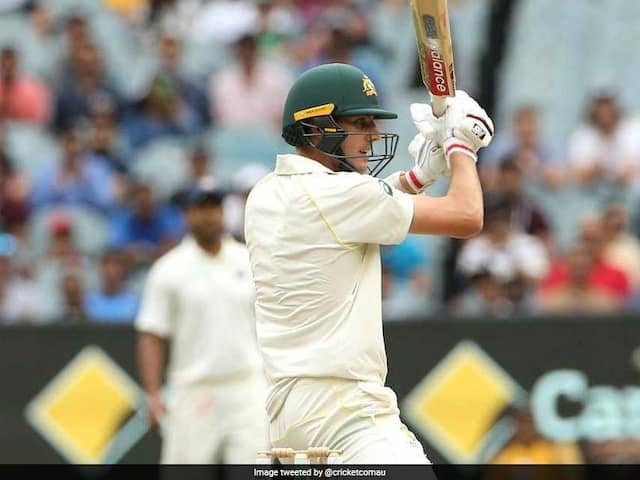 Pat Cummins remained unbeaten on 61 at stumps on Day 4.© Twitter

Pat Cummins, the Australian all-rounder, played a resilient knock to take the Boxing Day Test to the final day. He remained unbeaten on 61 runs from 103 deliveries to put a fight against India on the penultimate day. He had also bagged six wickets for the hosts in the second innings to restrict India to 106 for eight declared. The all-round effort produced by Cummins in the second innings, gathered a lot of praise from the cricketing fraternity.

Excellent effort from the Indian bowlers & we are 2 wickes away from a really special win,but Pat Cummins efforts with both ball & bat has been gritty & valiant. He has been the standout performer for Australia and the Aussies can really take pride from his gutsy display #AUDvIND pic.twitter.com/LKWfxyibEg

What a top quality package is Pat Cummins....best Australian Cricketer in this Team. By a country mile. #AusvInd #7Cricket @7Cricket @1116sen

2 wickets away from a famous win. But admirable grit from Pat Cummins. A few of the Aussie batters need to learn from him. #AusvInd pic.twitter.com/fdk6TR6q35

Good to see the generous applause from everywhere for Cummins' 50. He is drawing every ounce of energy he has and is one of the stars of the series.

Teammate Nathan Lyon also praised the performance of Cummins in the match and said that the all-rounder is getting better every day.

"Pat Cummins has been exceptional in this match and he keeps getting better every day. I enjoy batting with pat helps calm down my nerves and it was an exciting challenge. It was a pretty special knock from him," Lyon said in the press-conference.

"He is a great bloke but even better cricketer. Seeing where he started from and seeing where he is now, he has a hell of a long career ahead of him," Lyon added.

He registered his best figure of six for 27 in the longest format of the game in the ongoing Test against India. Meanwhile, his unbeaten 61-run knock is also his highest score with the bat in Test cricket.

Earlier, India had set a daunting target of 399 runs to chase for the Australians. With the hosts in response, managing to score 258 runs for the loss of eight wickets at stumps on Day 4.

Nathan Lyon Australia vs India 2018/19 Cricket Australia vs India, 3rd Test
Get the latest Cricket news, check out the India cricket schedule, Cricket live score . Like us on Facebook or follow us on Twitter for more sports updates. You can also download the NDTV Cricket app for Android or iOS.