India vs Australia: MS Dhoni Warms Up For Series Decider Against Australia - Watch

MS Dhoni was in the thick of things as India won the 2nd ODI against Australia in Adelaide. 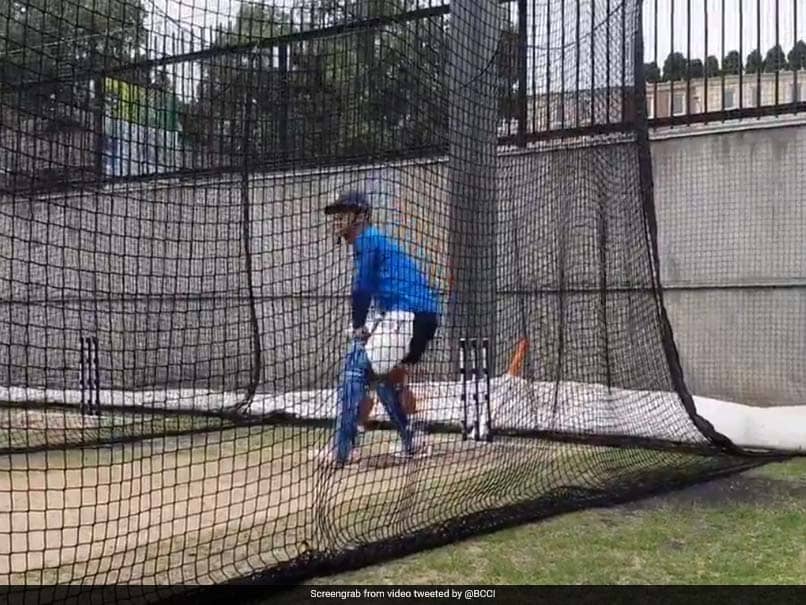 Mahendra Singh Dhoni, who silenced his naysayers by ensuring India's six-wicket win in Adelaide, was the first one to hit the nets at the iconic Melbourne Cricket Ground on Thursday. India are gearing up to end their long tour of Australia on a high by winning the third and final One-day International (ODI) on Friday. The former India captain was seen sweating it out in the nets and was later joined by a teammate. The Board of Control for Cricket in India (BCCI) posted a video on their official Twitter handle where the 37-year-old can be seen working just on his defensive shots.

.@msdhoni looking in great touch here at the nets session ahead of the 3rd and final ODI against Australia.

Dhoni, who is well-known for his match-finishing abilities, starred with the bat along with captain Virat Kohli to guide India to a series-levelling win in Adelaide.

Along with Dhoni's practice video, the BCCI also share a series of pictures from India's net session at the MCG which was attended by Shikhar Dhawan, Ambati Rayudu, Dhoni, Kedar Jadhav and Yuzvendra Chahal.

It's time for the series decider tomorrow here at the 'G.

India started their tour with a three-match Twenty20 International (T20I) series that ended in a 1-1 draw. It was followed by a historic first-ever Test series win for India on Australian soil.

Virat Kohli's team will now be looking to wrap up the tour with another trophy as the three-match ODI series is evenly poised at 1-1.

India lost the first ODI in Sydney by 34 runs as they failed to chase down 289 despite Rohit Sharma scoring 133 runs.

However, the visitors bounced back in the second ODI by chasing down a target of 299 runs with four balls to spare.

A win on Friday will be India's first-ever bilateral series win in Australia.

MS Dhoni Australia vs India 2018/19 Cricket Australia vs India, 3rd ODI
Get the latest updates on IPL 2020, check out the IPL Schedule for 2020 and Indian Premier League (IPL) Cricket live score . Like us on Facebook or follow us on Twitter for more sports updates. You can also download the NDTV Cricket app for Android or iOS.