The third Test between India and Australia begins December 26 in Melbourne. 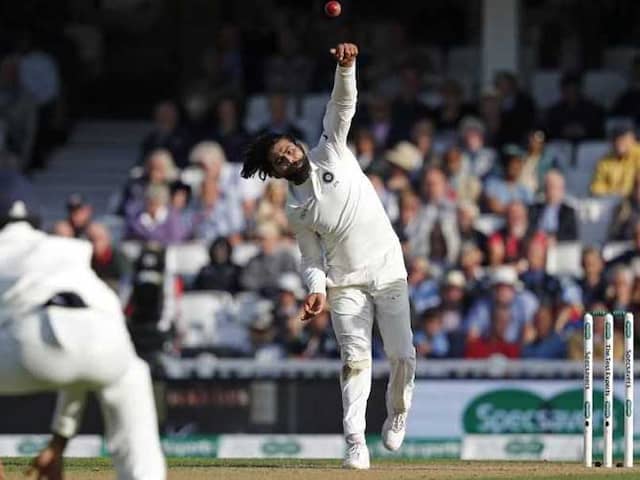 Ravindra Jadeja played his last Test for India against the Windies in October this year.© AFP

Ravindra Jadeja will be available for selection for the upcoming third Test between India and Australia, which begins on December 26 in Melbourne. The Board of Control for Cricket in India (BCCI) made the announcement on Sunday evening, stating, “Mr. Jadeja's left shoulder has continued to improve and he is now available for the 3rd Test match of the series in Melbourne.” However, frontline spinner Ravichandran Ashwin is still doubtful for the Boxing Day Test.

Elaborating on Jadeja's injury, the BCCI statement read, "Jadeja complained of left-shoulder discomfort after prolonged bowling spells during the 2018, West Indies ODI series. He underwent a guided injection in Mumbai for this on November 2. This gave Mr Jadeja good relief of his symptoms and he played in the Ranji Trophy match for Saurashtra from 12 to 15 November in which he completed 64 overs without any issues. He was thereby declared fit by the BCCI and selected for the Test series against Australia."

After the all-rounder flew to Australia, he complained of a recurrence of his symptoms on November 30 during the match against a Cricket Australia XI in Sydney. Following which, he was given another injection into a slightly different site on that day. This injection along with his rehabilitation programme improved his condition.

"In the -lead up to the Perth Test match on 14th December, the management and the all-rounder were of the opinion that the intensity of his bowling in the nets could have been higher, to match the standards required for such an intensely fought series. For this reason, he was not considered for selection for the 2nd Test match," the BCCI statement added.