MS Dhoni scored 51 off 95 balls before being given LBW during Jason Behrendorff's 33rd over. 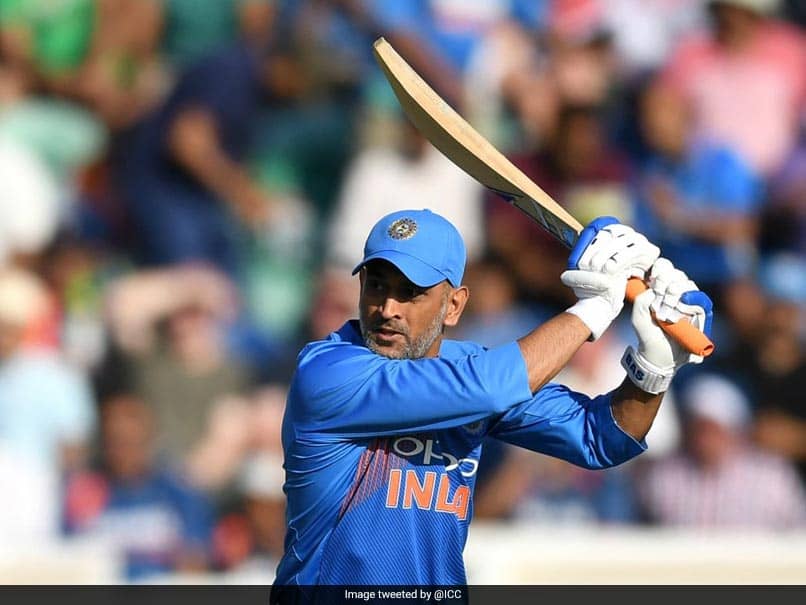 After having missed the T20 International series Down Under, MS Dhoni made a strong statement in the One-day Internationals with a fighting half-century in the first ODI at the Sydney Cricket Ground on Saturday. While India lost six of their batsmen for single-digit scores, MS Dhoni put up a strong fight for the visitors with opener Rohit Sharma. However, India lost the match by 34 runs to go 0-1 down in the three-match ODI series. Chasing a competitive target of 289 runs, Dhoni scored 51 off 95 balls before being given LBW in Jason Behrendorff's 33rd over.

By then, India had lost their review and Dhoni had to depart without any resistance. But fans on the social media are busy resisting. Most of them were quick to express pity over the unfortunate occurrence.

In a video of Dhoni's controversial dismissal tweeted by cricket.com.au, some fans blamed "poor" umpiring while others slammed Ambati Rayudu, who wasted the review early in the match.

"A howler that even the commentators couldn't predict in normal time," a user replied on the tweet.

A howler that even the commentators couldn't predict in normal time.

A fan termed it "just awful umpiring", while another said: "Looks like that cost #TeamIndia the match, real shame as #RohitSharma innings deserved to be on the winning side of the fixture."

Looks like that cost #TeamIndia the match, real shame as #RohitSharma innings deserved to be on the winning side of the fixture

Reacting on Dhoni's unfortunate dismissal, vice-captain Rohit Sharma, at the post-match press conference, said: "Taking DRS can be tricky. We don't even have 15 seconds to talk to the batter, only 5-7 seconds by the time they walk over. Rayudu said he thought the ball was drifting down leg side and I thought the same. We don't think about these decisions once they have happened, and you cannot always be right."

"It is important to use DRS well. Maybe once we reach Adelaide, we will talk about it. It is a learning for us, but what's done is done," he added.

Dhoni established a 137-run partnership with Rohit Sharma, who impressed with a 133 off 129 balls. The wicketkeeper-batsman scored three boundaries and a six, Rohit smashed 10 boundaries and six sixes to sweep the Sydney crowd off their feet.

Earlier, Australia rode on half-centuries by Usman Khawaja, Shaun Marsh and Peter Handscomb to post 288 for five after opting to bat.

For India, Bhuvneshwar Kumar and Kuldeep Yadav claimed two wickets each, while Ravindra Jadeja chipped in with a big scalp of Usman Khawaja.

The second ODI will be played in Adelaide on Tuesday.

Sydney Cricket Ground (SCG), Sydney Australia vs India 2018/19 Australia vs India, 1st ODI Cricket
Get the latest updates on IPL 2020, check out the IPL Schedule for 2020 and Indian Premier League (IPL) Cricket live score . Like us on Facebook or follow us on Twitter for more sports updates. You can also download the NDTV Cricket app for Android or iOS.