Yuvraj Singh and Suresh Raina held their nerve as India chased down 198 in a thrilling match against Australia in Sydney to clean sweep the series 3-0 and become the world number one ranked team in Twenty20 Internationals. 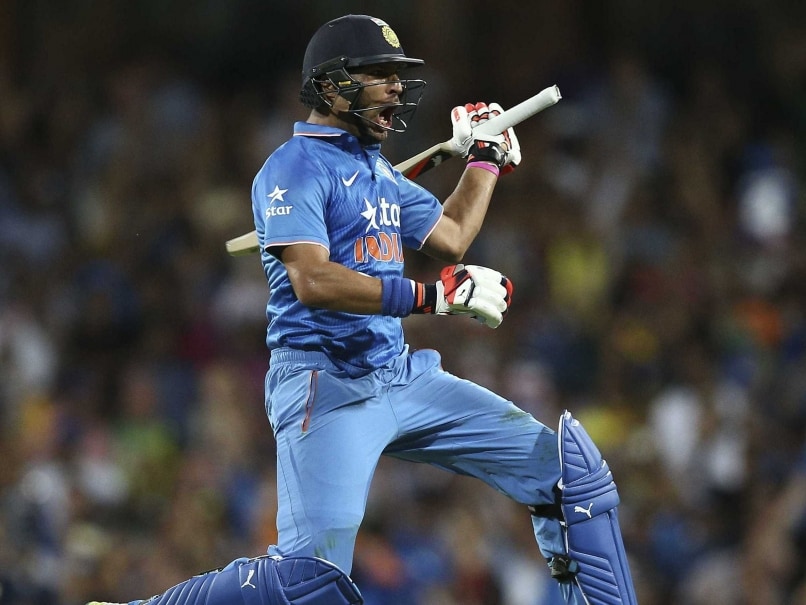 India were gunning for a clean sweep in the third and final Twenty20 match against Australia in Sydney. Chasing a mammoth 198, India looked to be in course thanks to fifties from Rohit Sharma and Virat Kohli. However, the quick dismissals of Rohit and Kohli turned the game and it was left to Suresh Raina and Yuvraj Singh to get India over the line. (India Achieve 3-0 Whitewash Over Australia)

While Raina got going with some big hits, Yuvraj struggled to get going. The dashing southpaw, who had not gotten a chance to bat in the two previous Twenty20 matches, was clearly rusty. He struggled for timing and had crawled to five off nine balls. Memories of the meltdown he had in the 2014 ICC World Twenty20 final against Sri Lanka in Dhaka, where his 21-ball 11 proved to be costly for India, came back. (India Become World No. 1 in Twenty20 Internationals)

Needing 17 off the last over, it seemed all over for India.

However, in the 20th over bowled by Andrew Tye, Yuvraj turned back the clock when he flicked a full ball on his pads to fine leg for a boundary to ease the nerves. He made it even better by thumping a length ball over deep midwicket for a six to narrow the equation further.

The two big hits by Yuvraj eased the pressure and Raina got India over the line with a boundary of the last delivery to seal a thrilling win and a 3-0 clean sweep.Â

India Must Show Patience With Yuvraj

"Yuvraj has not lost his power. He is a brilliant fielder and he gets you wickets. He is a plus. India must be patient with him," Gavaskar said.

Yuvraj has contributed in this series with bat, ball and in the field. In the Twenty20 in Adelaide, he took a stunning catch off Chris Lynn to give Hardik Pandya his first wicket while with the ball, he has twice gotten rid of Australia's most destructive batsman, Glenn Maxwell. Gavaskar said that these attributes make him a vital member.

"Yuvraj gets wickets in Australia. On the sub-continent, where the pitches offer turn, he has to be part of the XI for the ICC World Twenty20," Gavaskar said. 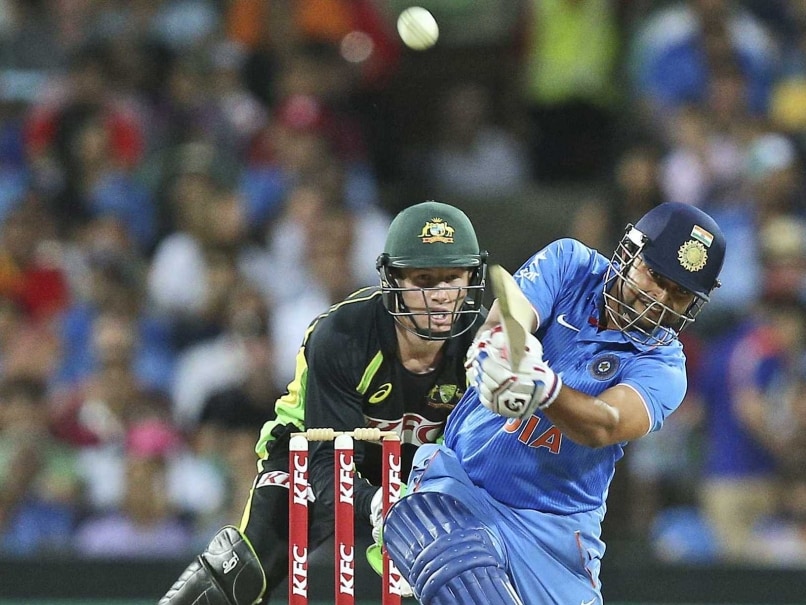 Suresh Raina slammed an unbeaten 49 to give India a thrilling last-ball win to help them achieve a 3-0 whitewash.

Suresh Raina One of the Best Readers of Twenty20 Games

The former India skipper also praised Raina for his calm knock. The left-hander, who was dropped for the ODI series, survived a missed stumping chance on naught to make Australia pay. His skills at the death was the difference in giving India victory.

"In Twenty20s, there is no better reader of the format than Raina. The way he and Yuvraj held their nerve in this big chase is commendable," Gavaskar added.

He also said that this is the Indian XI which should play in the upcoming World Twenty20 in March. "The balance of the team is good. This is the playing XI that I would like to see in the World Twenty20," he said.