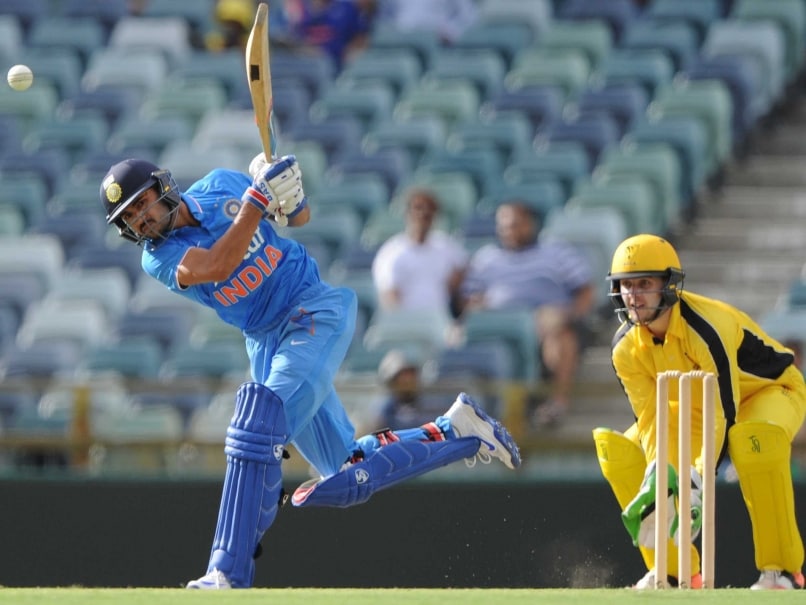 Manish Pandey believes a coming of age performance in Australia has provided a fillip to his international career and he hopes to build on the exploits Down Under in the upcoming three-match T20 series against Sri Lanka. (Sydney ODI: Manish Pandey's Heroics Give India Thrilling ODI win Over Australia)

Some thought Pandey will stay on with team for the T20s after hitting an unbeaten 104 in the fifth and final ODI at the Sydney Cricket Ground, giving India their first win of the tour. That did not happen but he has been rewarded with a T20 call-up for the upcoming Sri Lanka series that will be a dress rehearsal for the ICC World T20. (Manish Pandey Relishes Batting at Number Four)

"Getting a hundred at the international level is always a big achievement and it was my first one. So somewhere I have an idea (of what I have done). Looking at the bigger picture, I would say it is a very good start to my international career," Pandey said, when asked whether the century at Sydney is a turning point in his nascent international career.

The 26-year-old is fully aware that one gets limited opportunities to prove himself at the highest level and that is why he is in no mood to take it easy.

"I have waited for long (to play for India) and I finally I got the opportunity I was looking for in the last one dayer. That is how I normally bat. I wanted to make full use of the opportunity and I think I did. So job well done but I won't be banking on this performance in the games to come.

"I want to take my Australia experience forward to the my next innings, try to play the same way. But yes, what I did in Australia will be definitely act as a confidence booster for me," said the stylish batsman, who has been brought back to the T20 squad and is a strong contender in the squad for Asia Cup and World T20 to be named here on Friday.

Pandey made his international debut against Zimbabwe in July last year but it was only in Australia he got to spend time with a full-strength squad. The Bangalore-based player said he learnt a lot during the five one-dayers.

"The time in Australia was very good. I did not get much time in the middle in the first two games for obvious reasons, the top order was going great guns for us. So I was just learning seeing the senior players, trying to get hold of the game. Overall, I really like batting in Australia. If you have a good pull and you can handle the pace, I think you have the best wickets to bat on there," said Pandey, who did not get to bat in the first ODI and came out to bat in 49th over in the second ODI before being dropped for the next two games.

Pandey, who played U19 with Virat Kohli, finally made it count in Sydney after years of grind on the domestic circuit. He said the hard yards back home prepared him well for the Australian challenge.

"It was a long wait but I was not thinking about it to be honest. It was all about making full use of the chances I got in the middle. I thought I was ready as I had good runs behind me and a lot of experience with regards to first-class cricket. And that is what Ravi (Shastri) sir told me there. Mahi (Dhoni) was also very supportive," he said.

'Not Concerned After being Dropped'

Was he disappointed at being dropped without getting to do much in the first two ODIs?

"I took it as a sport. We needed one extra bowler. Obviously anyone would feel a tad disappointed after being left out from the team but the team decided to have an extra bowler and I was okay with it," said Pandey.

Talking about the Sri Lanka series beginning February 9, he added: "I see these games as more learning, keep moving ahead. Probably it will be the best platform for me to perform and start looking at the World T20 and the future series."

Comments
Topics mentioned in this article
Manish Pandey Australia vs India 2015-16 Cricket
Get the latest updates on ICC T20 Worldcup 2022, check out the Schedule and Live Score. Like us on Facebook or follow us on Twitter for more sports updates. You can also download the NDTV Cricket app for Android or iOS.