Mahendra Singh Dhoni, Virat Kohli, Harbhajan Singh and others talked to Indian women's team in Melbourne and that inspired it to defeat Australia 2-1, according to R Sridhar, fielding coach 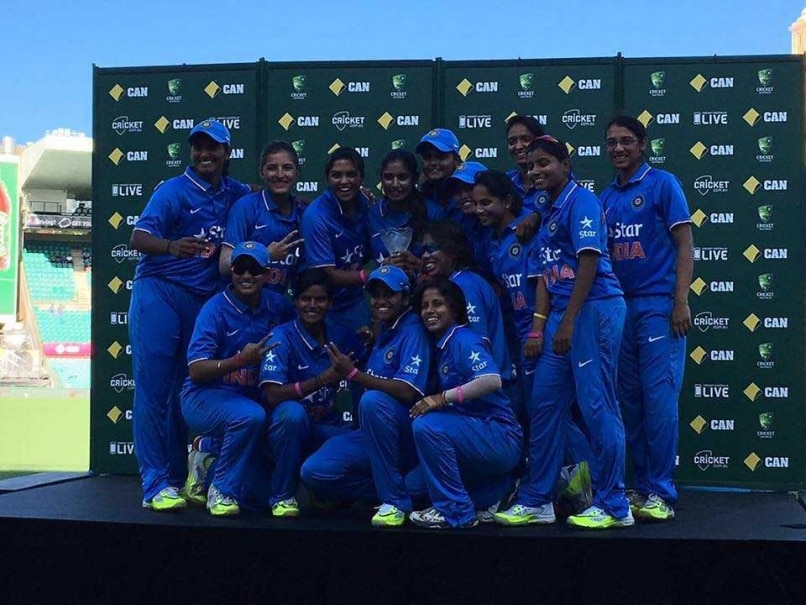 Ecstatic with Indian women's team's historic series triumph over Australia, men's fielding coach R Sridhar has sought to claim a bit of credit for it. He said that pep talks from Mahendra Singh Dhoni, Virat Kohli and others might have contributed to the aggressive approach that Mithali Raj and Co. displayed. (Indian Women Clinch Twenty20 Series vs World Champions Australia)

The Indian eves on Sunday wrapped up the Twenty20 series against Australia 2-1. The visitors had won the first two matches of the series before going down in the last match here. (India Women Lose Final T20I vs Australia, Clinch Series 2-1)

"It was nice to bump into the Indian women's team at Adelaide before the first T20I. I know the girls well from my tenure at the NCA and we have helped them in a few camps," Sridhar told 'bcci.tv'.

The woman team's met the male counterparts in Melbourne after staying back to watch their match.

"The very fact that captain Dhoni, Virat Kohli, Harbhajan Singh, Ajinkya Rahane and a few other boys went and met the girls at the ground shows that the men's team takes equal interest in the women's game," Sridhar said.

"Someone like a Dhoni and Virat going and having a word with them is huge and is a great confidence booster for the women's team. Such things I believe will give them wings. This series win should do them a world of good and hopefully they take this momentum forward. We as a team are always there to help them. We want to see them stand on that podium with the trophy on the 3rd of April."

Comments
Topics mentioned in this article
MS Dhoni Virat Kohli Australia vs India 2015-16 Cricket
Get the latest updates on Fifa Worldcup 2022 and check out  Fifa World Cup Schedule, Stats and Live Cricket Score. Like us on Facebook or follow us on Twitter for more sports updates. You can also download the NDTV Cricket app for Android or iOS.