India lost their fourth straight ODI versus Australia in Canberra. Sunil Gavaskar feels MS Dhoni's team is not learning from its mistakes. 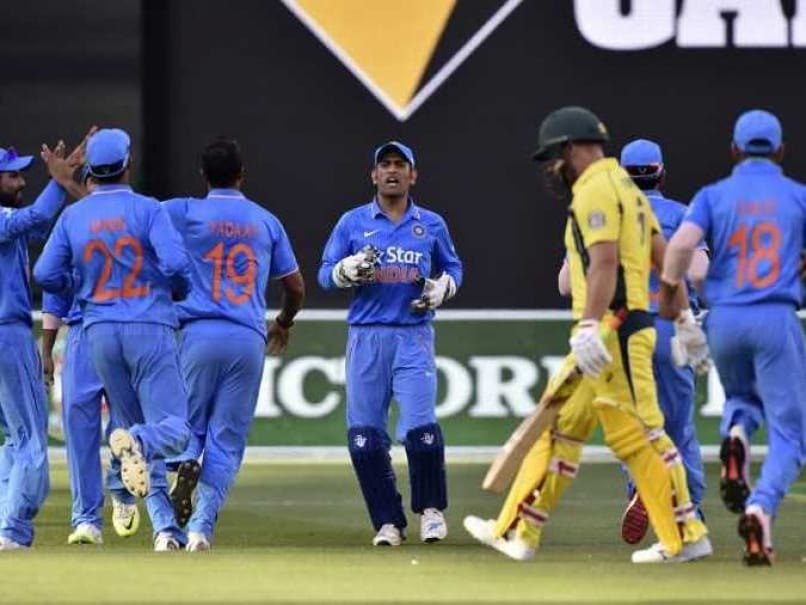 Like MS Dhoni, Sunil Gavaskar is "very disappointed" with India's performance in the fourth ODI versus Australia in Canberra on Wednesday. After twin tons from Virat Kohli and Shikhar Dhawan, India gifted Australia a 25-run win after the visitors lost nine wickets for 46 runs. (Match Report)

"It's very disappointing to lose like this," Gavaskar told NDTV in an exclusive chat, adding that the selectors needed to take some harsh steps to build a team for the 2019 ICC World Cup. (Scorecard)

"We have to take some harsh steps after the series. The whole series has been disappointing for India," said Gavaskar, adding that some players have not utilised their previous experience of playing in Australia. (Blame Me for Canberra Heartbreak, Says Mahendra Singh Dhoni)

Although rookie players like Rishi Dhawan and Gurkeerat Singh Mann failed to perform under pressure, Gavaskar wanted the team management to blood youngsters keeping the 2019 World Cup in mind.

"If we are not learning from mistakes and repeating errors, then there is a problem," said Gavaskar.

Dhoni's poor form (the skipper played a loose stroke to get out for zero) and Ajinkya Rahane's injury hurt India in Canberra, said Gavaskar.

"Rahane at No. 4 or 5 would have been better. He looked injured when he came in at No. 7," said Gavaskar, clearly unhappy after how India made a hash of a winning position in a run fest that went Australia's way.

Comments
Topics mentioned in this article
Sunil Manohar Gavaskar Australia vs India 2015-16 MS Dhoni Ajinkya Rahane Cricket Rishi Dhawan Ravichandran Ashwin
Get the latest updates on IPL 2021, IPL Points Table , IPL Schedule 2021 , live score . Like us on Facebook or follow us on Twitter for more sports updates. You can also download the NDTV Cricket app for Android or iOS.