Umpire John Ward wore a helmet during the India-Australia fourth ODI in Canberra as protection from the numerous sizzling boundaries. He was hit on the head during a Ranji Trophy match last year 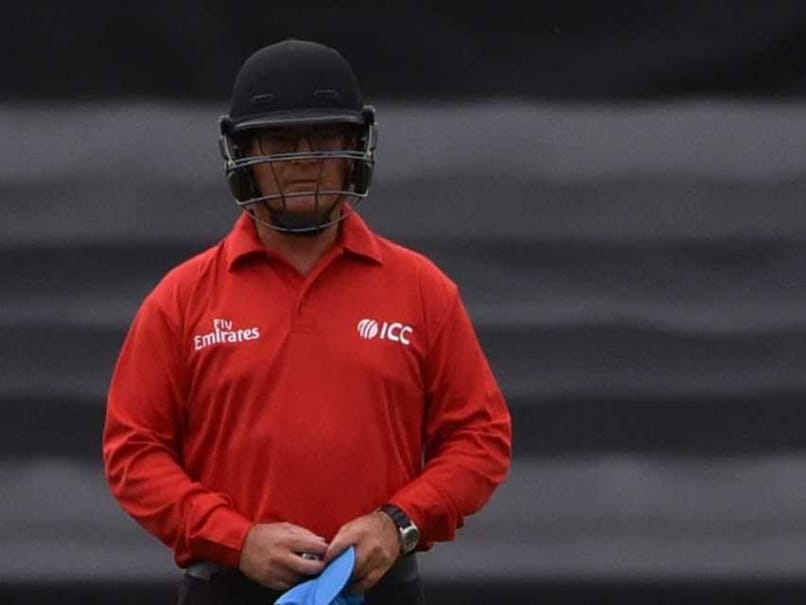 John Ward is the same umpire who grabbed headlines in Decemeber, 2015, when he was hit on the head during a Punjab-Tamil Nadu Ranji Trophy match in Dindigul, Tamil Nadu.© AFP

Umpire John Ward, officiating in the India-Australia fourth ODI in Canberra, was a frightened man on Wednesday. Or, why would the Australian official wear a helmet throughout the match? (Match Highlights | Scorecard)

Ward cannot be blamed though, after seeing fellow umpire Richard Kettelborough leaving the field after being hit on the shin by a drive from Aaron Finch.

Ward is the same umpire who grabbed headlines in December, 2015, when he was hit on the head during a Punjab-Tamil Nadu Ranji Trophy match in Dindigul, Tamil Nadu.

In that match, Punjab's Barinder Sran, who is part of India's ODI squad in Australia, smashed a fuller delivery from DT Chandrasekar, which hit Ward and he fell to the ground. According to some reports, he fell unconscious with the impact.

However, he did not suffer any major scare and was discharged from hospital soon. Though Sran was not playing on Wednesday, there were even more dangerous players in Canberra.

With such fireworks from batsmen on show, Ward must have been reminded of that fateful day when he fell victim to a batsman's wrath and took no chance.

However, he is not the first umpire to wear helmets. Another Australian umpire Gerard Abood wore helmets while officiating Big Bash League matches.