Bhuvneshwar Kumar has been ruled out of the three-match Twenty20 series due to fracture in his left hand while Ajinkya Rahane has suffered a split webbing in his right hand. 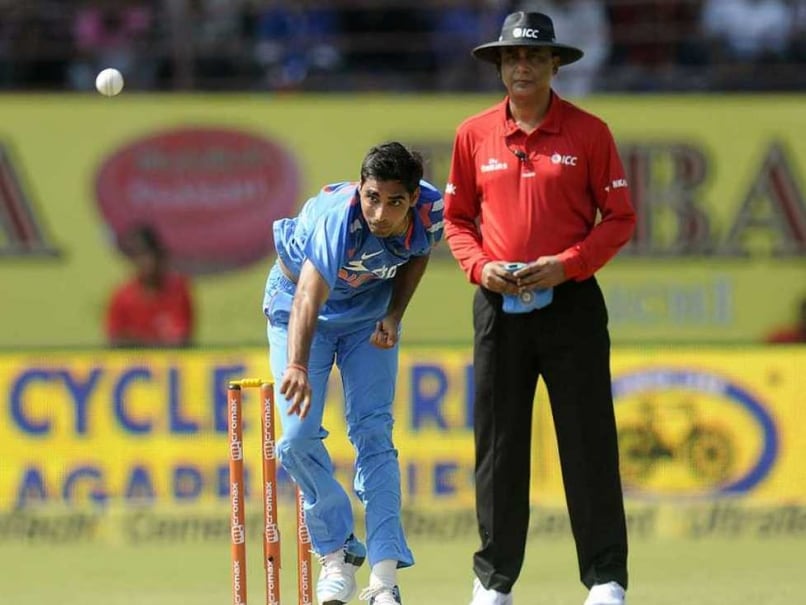 Bhuvneshwar Kumar has been ruled out of the Twenty20 series due to a fractured thumb on his left hand.© BCCI

India were dealt a double blow on Saturday with seamer Bhuvneshwar Kumar being ruled out of the three-match T20 series against Australia while Ajinkya Rahane failed to recover from an injury that forced the BCCI to name Gurkeerat Singh Mann as cover for the in-form batsman.(All the Latest Updates From India in Australia)

Himachal Pradesh all-rounder Rishi Dhawan has been named as replacement for Bhuvneshwar Kumar, who is likely to be out for at least three weeks.

"The All-India Senior Selection Committee has named Gurkeerat Singh Mann in the India T20I team as a cover up for injured Ajinkya Rahane. Rahane split his webbing on his right hand while fielding in the fourth ODI at Canberra," BCCI secretary Anurag Thakur said in a statement.

"Meanwhile, the BCCI medical team has confirmed that Bhuvneshwar Kumar has been ruled out of India's tour of Australia after he fractured his left-hand thumb. All-rounder Rishi Dhawan has been included in the T20I team as Bhuvneshwar's replacement," he added in the statement.

The seamer is unlikely to feature in the series against Sri Lanka, which follows the Australian tour.

The 25-year-old all-rounder Gurkeerat plays for Punjab in the domestic circuit.

India trail the ongoing five-match ODI series Down Under 0-4, and both Rahane and Bhuvneshwar were not part of the playing XI for the final match here.

Comments
Topics mentioned in this article
India Cricket Team Australia Cricket Team Bhuvneshwar Kumar Rishi Dhawan Ajinkya Rahane Cricket Australia vs India 2015-16
Get the latest updates on IND vs NZ 2021, check out the Schedule and Live Score . Like us on Facebook or follow us on Twitter for more sports updates. You can also download the NDTV Cricket app for Android or iOS.