India's quartet finished seventh with a season best timing of 3:15:77 above their Brazilian counterparts. 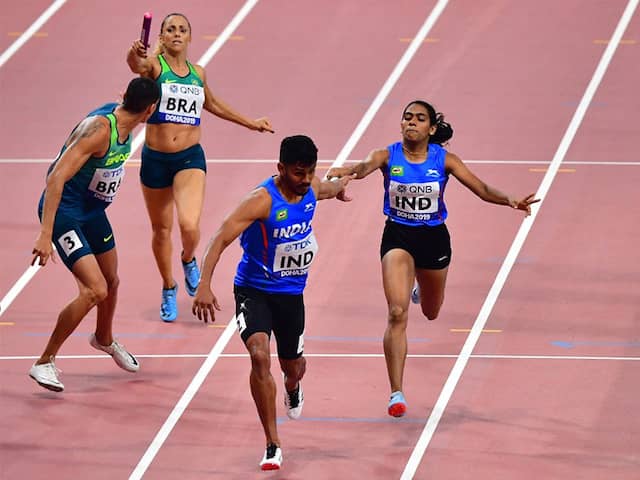 India's mixed 4x400m relay team finished 7th in the final at the World Athletics Championships in Doha on Sunday. India's quartet finished with a season best timing of 3:15:77 above their Brazilian counterparts. India began the final from lane 8 with Muhammad Anas Yahiya taking the charge for the side. Muhammad Anas Yahiya gave India a competitive start by remaining close to his Bahrain counterpart. He then passed the baton to Vismaya and India slipped to seventh position in the race with the Polish runner taking the lead. Vismaya passed the baton to Jisna Mathew with Tom Noah finishing the race without much recovery after their slip. Meanwhile, the final exchange of baton saw the Polish team maintain their lead before Michael Cherry strode forward to take the lead and help United States clinch a gold medal with world record timing of 3:09:34.

The Indian mixed 4x400m relay team had qualified for the 2020 Tokyo Olympics on Saturday after reaching the finals. The quartet of Muhammed Anas, VK Vismaya, Jisna Mathew and Tom Nirmal Noah clocked 3 minutes 16.14 seconds to finish third in heat number 2 and book a berth in next year's Olympics.

The finalists (top 8) in relay races in the World Championships are automatic qualifiers for the Tokyo Olympics.