Usain Bolt floored American rival Justin Gatlin for gold in the men's 100m on Sunday, sending a packed Bird's Nest stadium into raptures as he defended his title and reaffirmed his standing as the world's fastest man. 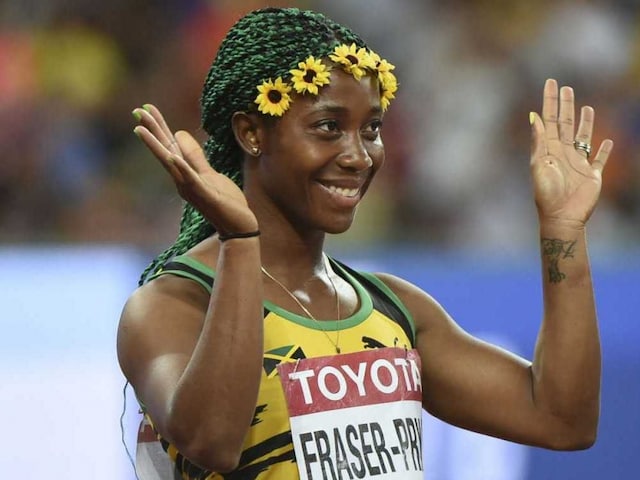 Shelly-Ann Fraser-Pryce will be in focus at the World Athletics on Monday.© AFP
Beijing:

After the fireworks of Usain Bolt's triumph over Justin Gatlin, Shelly-Ann Fraser-Pryce takes centre-stage on Monday as she bids to complete a men's and women's world 100m double for Jamaica.

Bolt floored American rival Gatlin for gold in the men's 100m on Sunday, sending a packed Bird's Nest stadium into raptures as he defended his title and reaffirmed his standing as the world's fastest man.

Meanwhile, France's Renaud Lavillenie, the Olympic champion and world record-holder, will bid to end his world championship hoodoo in the men's pole vault, and Colombian Caterine Ibarguen will be the one to beat in the women's triple jump.

There were few surprises in the morning session, Tunisian Habiba Ghribi setting the fastest qualifying time in the women's 3000m steeplechase to underline her status as favourite.

"I am ready to gain the victory, but I need to make sure I feel good and ready for the final," said Ghribi, silver medallist at the London Olympics and the 2011 Daegu worlds.

"The Diamond League in Monaco helped me with my self-confidence and consolidated me on my way to the global title," she said of an impressive victorious outing in the European principality last month.

All the main favourites safely negotiated round one of the women's 400m, notably Britain's defending champion Christine Ohuruogu, the winner at the 2008 Beijing Olympics and silver medallist in London.

She was accompanied by the strong American trio of Phyllis Francis, Allyson Felix and Natasha Hastings and the Jamaican quartet of Stephenie Ann McPherson -- the fastest qualifier -- Shericka Jackson, Christine Day and Novlene Williams-Mills.

"We will need to show a big performance over 8.50m to fight for gold. Jeff Henderson will attack it for sure," said Rutherford, whose won London Olympics gold on the same night as British heptathlete Jessica Ennis-Hill.

Rutherford said he had taken heart from watching Ennis-Hill seal gold on Sunday after a year out to start a family.

"Watching Jessica winning yesterday, it was just inspiring, fighting with all the expectations and pressure," he said. "Just awesome."