Slated to run the final leg of the men's 4x100 relay for Jamaica, Bolt tumbled to the track with an injury just after teammate Yohan Blake handed him the baton. 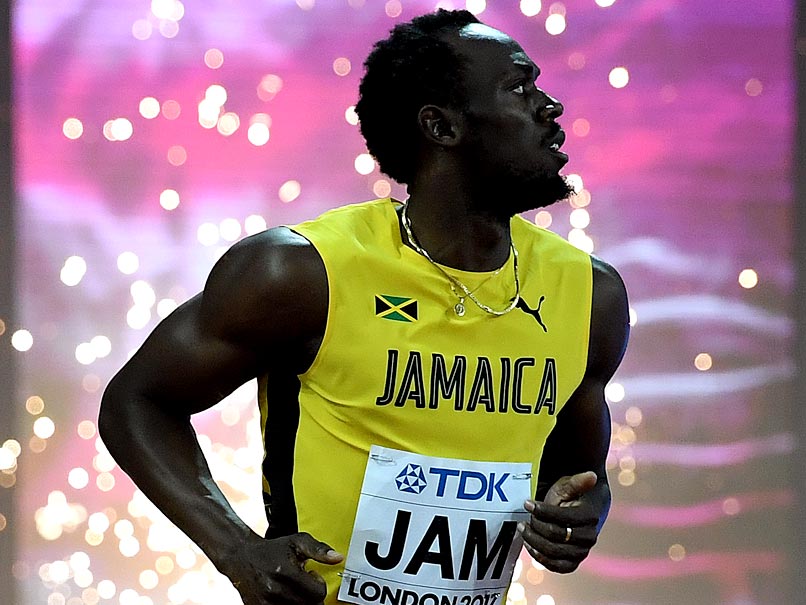 It was a heartbreaking ending to an outstanding track and field career for Usain Bolt on Saturday at the IAAF World Championships in London. Running the final leg of the men's 4x100 relay for Jamaica, Bolt failed to finish when a cramp in his left hamstring led him to pull up just after teammate Yohan Blake handed him the baton. Bolt collapsed on the track, as the British, American and Japanese teams soared ahead to secure their first-, second- and third-place podium spots, respectively. This is the first time since 2008 that a team other than Jamaica won the event at a major meet.

"A lot of the pain is from disappointment from losing the race," Team Jamaica doctor Kevin Jones told reporters (via the Associated Press) about how Bolt was feeling after the event. "The last three weeks have been hard for him, you know. We hope for the best for him."

The eight-time Olympic gold medalist didn't remain on the ground for long. He got up with the help of his teammates Blake, Omar McLeod and Julian Forte to eventually limp across the finish line and offer the crowd a tearful wave. Bolt also appeared to apologize to his teammates, who looked on with understanding.

Bolt, 31, ran the qualifying legs for Team Jamaica without incident earlier in the day. This may have taken a toll on his muscles by the time the final rolled around at nearly 10 p.m. local time.

Having run 23 championship races since 2008, this was only the fourth time Bolt failed to win, the first time due to injury. Previously, he didn't win because of a false start, a disqualification after the fact due to a teammate's failed doping test, and last Saturday, because of an uncharacteristic performance - Bolt came in third in the 100-meter final.

Meanwhile, the top of the podium has continued to evade Team USA, which finished second to Great Britain on Saturday with a time of 37.52 seconds, just five-hundredths of a second behind the leaders.

Bolt's longtime rival Justin Gatlin, who won the 100-meter final last Saturday, ran the second leg, but did not appear happy with the result. Before the start of the race, he called past U.S. foibles in the event "frustrating" and "embarrassing."

"It gets to the point where it kind of fuels you," he said. "You don't want to let down your country anymore."

While Gatlin and the other Team USA sprinters, including Mike Rodgers, Jaylen Bacon and 100-meter silver medalist Christian Coleman, appeared disappointed with second place, it sure beats last summer's Olympic performance in which Team USA was disqualified for mishandling the baton.

The U.S. women, meanwhile, had a better night. The team of Aaliyah Brown, Allyson Felix, Morolake Akinosun and Tori Bowie won gold with a time of 41.82 seconds. Great Britain came in second with a time of 42.12 seconds and Jamaica pulled in third, seven-hundredths of a second later.

(This story has not been edited by NDTV staff and is auto-generated from a syndicated feed.)
Comments
Topics mentioned in this article
Usain Bolt Athletics
Get the latest updates on IND vs NZ 2021, check out the Schedule and Live Score . Like us on Facebook or follow us on Twitter for more sports updates. You can also download the NDTV Cricket app for Android or iOS.