The eight-time Olympic champion sprinter bade farewell in a 100-meter race on Saturday evening, winning in front of a sold-out crowd of 30,000 in Kingston. 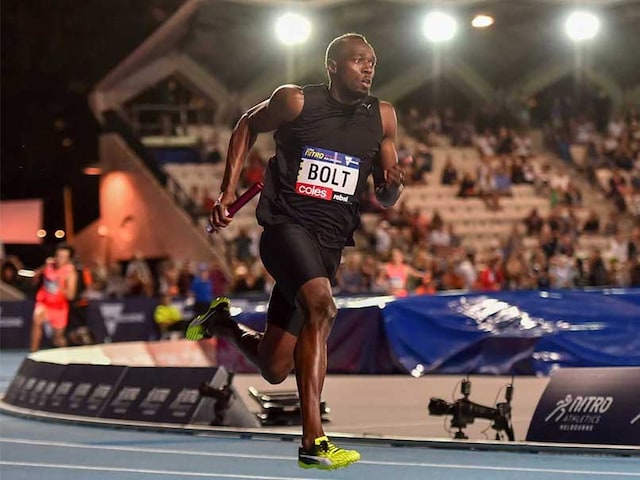 Usain Bolt's toughest opponents in his final race in his Jamaican homeland were emotions and nerves.

The eight-time Olympic champion sprinter bade farewell in a 100-meter race on Saturday evening, winning in front of a sold-out crowd of 30,000 in Kingston.

Fans waved flags and tooted vuvuzelas as fireworks celebrated the extraordinary career of the 30-year-old sprinter who plans to retire after the World Championships in August in London.

Bolt was emotional after taking a victory lap and delivering his signature bolt move.

"Just the atmosphere and the people, the support they came out and gave me, it was really nerve-racking," he said. "I never expected this, I knew it was going to be big, the stadium was ram-packed, so thank you guys for coming out and supporting me."

Bolt completed "triple triple" with nine Olympic gold medals in the 100, 200 and 4x100, a feat that was changed to eight after Nesta Carter, a teammate on the relay team in Beijing, tested positive for a banned substance. Carter has appealed the decision.

(This story has not been edited by NDTV staff and is auto-generated from a syndicated feed.)
Comments
Topics mentioned in this article
Athletics Usain Bolt
Get the latest Cricket news, check out the India cricket schedule, Cricket live score . Like us on Facebook or follow us on Twitter for more sports updates. You can also download the NDTV Cricket app for Android or iOS.