Former Paralympic champion Oscar Pistorius was released on bail after his conviction for the murder of his girlfriend Reeva Steenkamp, as his lawyers said they would launch an appeal to South Africa's constitutional court. 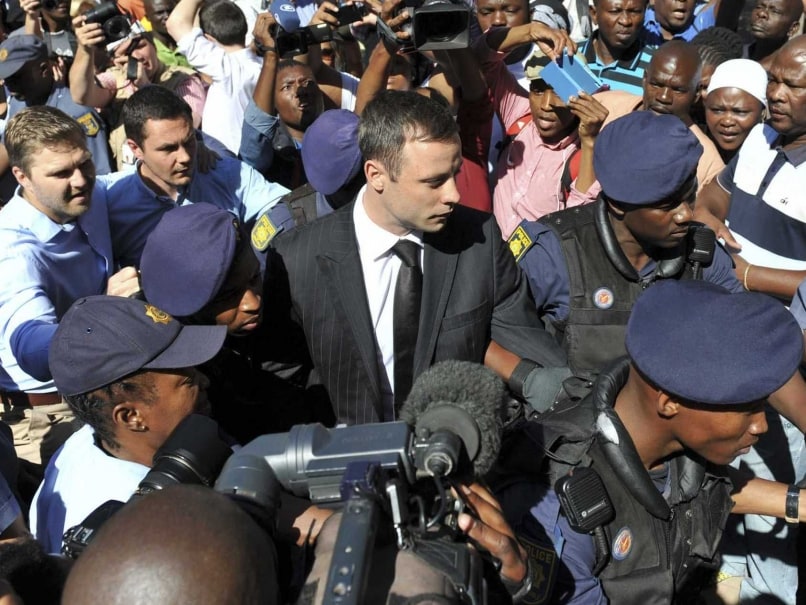 The Supreme Court of Appeal had convicted Oscar Pistorius of murdering girlfriend Reeva Steenkamp in 2013.© AP

Former Paralympic champion Oscar Pistorius was released on bail Tuesday after his conviction for his girlfriend's murder, as his lawyers said they would launch an appeal to South Africa's constitutional court.Â

Ledwaba said Pistorius would continue to be under house arrest, but would be able to leave the property in Pretoria with permission from the investigating officer.Â (ÂI don't believe Oscar Pistorius, says Reeva's mother)

Pistorius will be put under electronic monitoring, the judge added.

Judges last week found him guilty of murder and overturned his earlier conviction on the lesser charge of culpable homicide for shooting dead Reeva Steenkamp in 2013.

Pistorius, 29, was released from jail in October to be placed under house arrest in Pretoria after serving one year of his five-year prison sentence for culpable homicide -- the equivalent of manslaughter.

His lawyers had earlier said he could not afford further legal battles after paying huge bills.