In October 2019, Avinash Sable had secured a berth in the Tokyo Olympics 2020 in men's 3000m steeplechase after finishing 13th in the final of the World Athletics Championships. 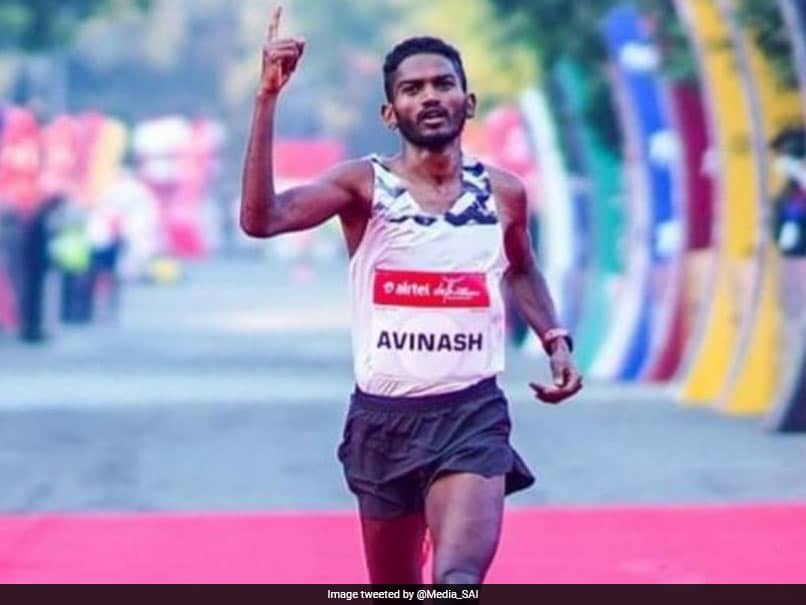 Avinash Sable broke his own record, which he had set in 2019.© Twitter

Athlete Avinash Sable on Wednesday set a new national record in the men's 3000m steeplechase event in the ongoing Federation Cup. The 26-year-old Avinash recorded a timing of 8:20.20 and hence he ended up breaking his own record which he set in 2019. "#TOPSAthlete #AvinashSable has set a new national record in men's 3000m steeplechase with timing of 8:20.20 at the Federation Cup in Patiala. The #Tokyo2020 bound runner broke his own record of 8:21.37 set in 2019. #JeetengeOlympics #GemsofSAI," SAI Media tweeted.

In October 2019, Sable had secured a berth in the Tokyo Olympics 2020 in men's 3000m steeplechase after finishing 13th in the final of the World Athletics Championships.

The qualifying cut-off for the Olympics was 8:22.00 and Sable completed in 8:21.37, setting a new national record.

On Tuesday, Murali Sreeshankar had qualified for the Tokyo Olympics in the long-jump event after he set a national record in the ongoing Federation Cup.

The 21-year-old Sreeshankar set a national record after making a jump of 8.26 metres in his final attempt at the Federation Cup and as a result, he attained qualification for the Olympics.