To keep all participants sufficiently hydrated there will be 12 water stations along the route, from where around 98,000 litres of water will be distributed 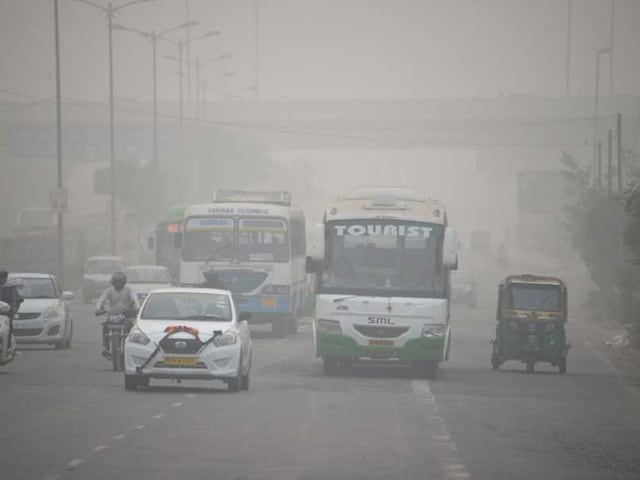 High pollution levels in Delhi have raised questions about the Delhi half marathon.© AFP

In view of the prevailing air pollution crisis in the city, medical director of Delhi Half Marathon, Dr Tamorish Kole, on Wednesday cautioned the runners and advised those with respiratory conditions such as asthma and chronic pulmonary disease to give this edition a miss.

Termed one of the best in the world by race director Hugh Jones, promoters of Delhi Half Marathon, Procam International, unveiled the route map for the USD 2,70,000-prize money event and outlined the medical facilities and other arrangements that will be put in place for the 34,000 plus participants expected to run on Sunday.

"Over the last few weeks Delhi has been in the news for its challenging environmental conditions. ADHM is a pollution deterrent as it takes all vehicles off the Delhi roads over 21 plus kms for several hours. Our team has been assessing the rapidly changing scenario," Kole said at a press conference.

"Researching race data and consulting with colleagues and peers, we have ensured that participants will be prepared and better equipped. In earlier editions, people with heart ailments like CAD, known history of heart failure were given special advisories.

"This year, participants with respiratory disorders like Asthma, COPD, and respiratory infections in the past 15 days are being advised to run to their trained ability and not push themselves too much or avoid participation," he added.

Kole, director of emergency medicine at Max Healthcare, Saket, further said, "On race day all those participating in the run have been given clear medical instructions as to their health and safety and have been advised to seek medical health if they have breathing difficulties. We will also be deploying nebulizers operating on UPS batteries at all medical stations along the course and at the medical base camp.

"Inhalers will also be deployed to deal with abnormal breathing /bronchospasm episodes and oxygen will be available at all ambulances and at the base camp."

There will be seven ambulances stationed at various locations along the route, following SCR from the 1st Junction and JNS (Base Camp-I).

Jones said it has grown into being the "foremost" half marathon in the world.

"We ensure that we will support the team in any way necessary and have come up with new plans and strategies which includes a plan for diversion of vehicles for lesser periods of time and plans for clearing traffic from the points where the runners have already passed," Meena said.

He concluded by saying "we have also introduced new systems of providing vehicles at different junctions so that, in case of emergency, we can pave way for the public through those vehicles, without disturbing the marathon runners".

To keep all participants sufficiently hydrated there will be 12 water stations along the route, from where around 98,000 litres of water will be distributed. These water stations will also have ORSL restoration stations special energy drink and oranges to the participants.

800 private security guards along with more than 1300 volunteers, 126 bouncers and 35 CC TV cameras will supplement the security efforts.