Indian Grand Prix: The spolight will be on the likes of Dutee Chand, Muhammad Anas Yahiya. Meanwhile, Hima Das won't be participating in the meet. 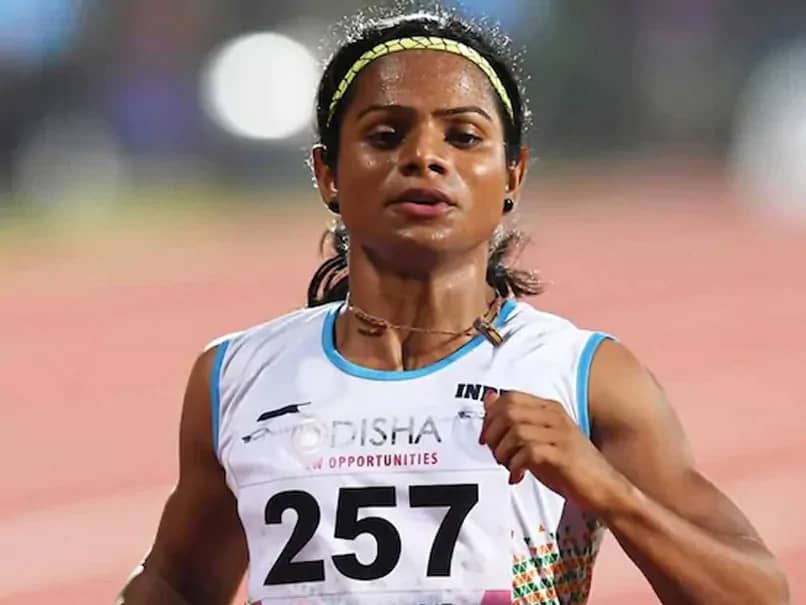 Indian Grand Prix: Dutee Chand will be aiming to put in a fine display at the NIS complex.© AFP

Around 85 athletes, including the likes of 100m national record holder Dutee Chand, will be seen in action during the Indian Grand Prix I meet, the first track and field senior competition of the season, on Thursday. Some of the top stars like Hima Das are not taking part in the first multi-event athletics competition after the entire calendar was wiped out last year due to COVID-19 pandemic. The likes of star javelin thrower Neeraj Chopra will also not be there as his event is not included in the Indian Grand Prix-I to be held at the NIS complex.

The meet will offer some indication of the eagerness of the Indian athletes to bid for Olympic spots. The three Grands Prix meets at the same venue - the other two to be held on February 25 and March 5 - are more in the nature of warm-up events for the Federation Cup, slated from March 15.

"We are pleased that track and field competition for seniors is resuming after a long break ... we believe that we will see similar enthusiasm and energy in the senior ranks as well," AFI President Adille Sumariwalla said.

The AFI has made it mandatory for the athletes, coaches and other support personnel to produce RT-PCR COVID-19 negative results for them to take part in the meet.

"RTPCR test for COVID-19 is mandatory and the report needs to be submitted at the entry point before receiving chest number and given entry. This certificate should only be 72 hours prior to the commencement of the event," the AFI said in a circular.

"If you do not carry your valid certificate as mentioned above, you will not be allowed to participate."

A total of 15 events, including two races each in the men's 100m and 200m sprints, will be held in the meet. This is the second senior level event this season after the National Race Walk Championships in Ranchi last week.