Star javelin thrower Neeraj Chopra said he is proceeding with his preparations thinking that the Games will happen and he will give his 100 per cent. 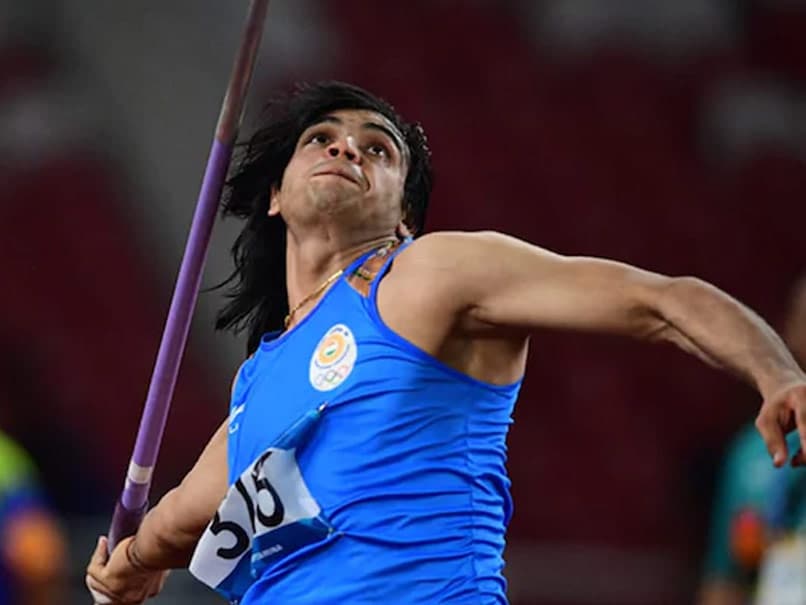 Star javelin thrower Neeraj Chopraon Saturday admitted that the uncertainty over the staging of the postponed Olympics due to coronavirus creates anxiety but said he is proceeding with his preparations thinking that the Games will happen and he will give his 100 per cent. There has been intense speculation over the staging of Tokyo Olympics in July-August with some reports suggesting that the Games may be scrapped while the organisers, the Japanese government and the International Olympic Committee insisting they will be held on schedule.

"There is some anxiety for sure. If Olympics is happening, the target is clear, I have to give my 100 per cent in Olympics. But by chance if Olympics is not held, I may plan differently," he said in an online interaction with reporters.

"There are sometimes this thought in mind that we are training so hard but Olympics may not happen," said the 23-year-old reigning Asian Games and Commonwealth Games gold medallist, who is currently training at Kalinga Stadium in Bhubaneswar.

"I am just hoping that things move forward positively and Tokyo Games are held."

Neeraj will be competing in his first Olympics and he has already qualified for the Tokyo Games early last year before the COVID-19 pandemic began. He said he will be disappointed if the Tokyo Olympics is cancelled.

"I was late in qualifying for 2016 Rio Olympics but my performance while winning the junior world championships in 2016 or even 1m less than that would have given me a medal.

"If Tokyo Olympics is cancelled, it will be like I have lost two chances to win a medal in Olympics."

Neeraj threw 86.48m while winning gold in 2016 world junior championships but by then Rio Olympics qualification period was over. The bronze winner in Rio threw 85.38m, more than 1m less than his gold-winning effort in Junior Worlds.

He said he will compete in selective top competitions like the Diamond League events if the Olympics is happening or will take part in more events if the Tokyo Games are scrapped.

"If Olympics is happening, I will go for selective high intensity competitions against top javelin throwers who are going to take part in Olympics. It is important to have a consistent performance before Olympics.

"May be six or seven top events in the two or three months before Olympics, at least one event or two in a month, that will be ideal."

But he said he has not planned his schedule yet.

"I have not planned my competition schedule. I think we will know by March whether Olympics will be held or not. We will plan accordingly."

Neeraj also said that competition will be tough if the Tokyo Olympicsis held and the gold medal winner will have to throw more than 90m.

"90m barrier is something like a bench mark for top throwers and I hope to cross it this year," said Neeraj, who has a personal best of 88.06m.

He said he is working on his strength and technique.

"We were on strength improvement, did weightlifting and jumps. I am working on my technique also.

"My throw was earlier going more towards the left. I am working on my release (of javeline), so that I can hurl the javelin in proper direction."

The first events of the season will be the three Indian Grand Prix series at Patiala beginning on February 18 and Neeraj said he may take part in the third one on March 5.

Comments
Topics mentioned in this article
Athletics
Get the latest updates on IPL Auction 2023 and check out  IPL 2023 and Live Cricket Score. Like us on Facebook or follow us on Twitter for more sports updates. You can also download the NDTV Cricket app for Android or iOS.