Ace Indian sprinter Dutee Chand on Saturday said the Arjuna Award will motivate her for next year's Tokyo Olympics and it will also inspire young athletes to pick up a sport. 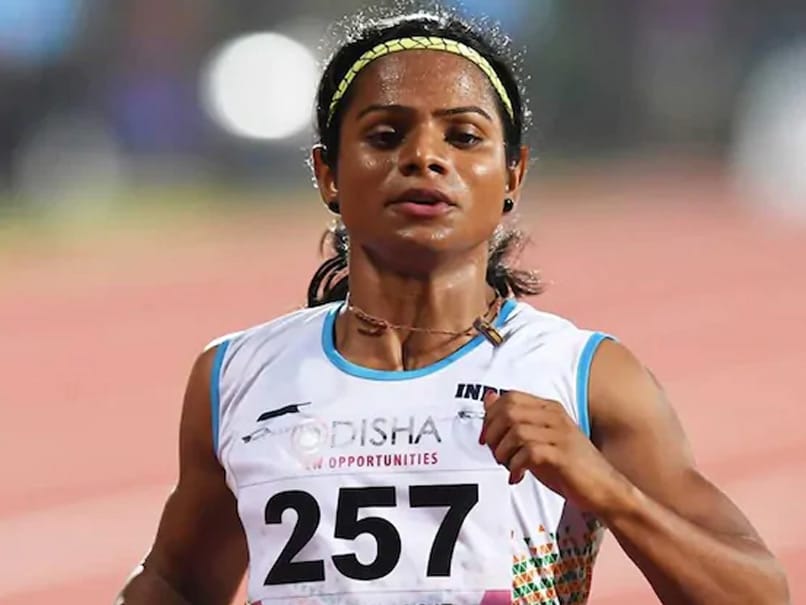 Dutee Chand is the first Indian athlete to win in the World University Games.© AFP

Ace Indian sprinter Dutee Chandon Saturday said the Arjuna Award will motivate her for next year's Tokyo Olympics and it will also inspire young athletes to pick up a sport. The Sports Ministry on Friday confirmed that five athletes will receive the Rajiv Gandhi Khel Ratna Award while 27 athletes will be conferred with the Arjuna Award on August 29 at the National Sports Awards ceremony. Batsman Rohit Sharma, Mariyappan T. (Para-Athletics), Manika Batra (Table Tennis), Vinesh (Wrestling) and Rani (Hockey) will be conferred with the Rajiv Gandhi Khel Ratna Award.

Chand, shuttler Satwik Sairaj Rankireddy, cricketer Ishant Sharma and shooter Manu Bhaker are among the 27 athletes who will be conferred with the Arjuna Award.

"First of all, I would like to thank the state government for recommending me for this year's Arjuna Awards. I'm very happy and proud that I will get the prestigious award in 2020. I have worked hard for this and bagged many medals in the last three years," Chand told ANI.

Further, she thanked the Athletics Federation of India, Sports Authority of Indiaand KIIT Foundation for lending their support in her journey.

"These awards motivate athlete to achieve more in upcoming tournaments. It will motivate me for the next year's Tokyo Olympics and it will act as an inspiration for young athletes. I will try hard to win more medals for the country and make India proud," Chand said.

However, the 24-year-old is yet to qualify for the next year's quadrennial event. She will try to grab an Olympic berth in a qualification event.

"I would urge youngsters to pick up a sport while pursuing your studies as it will keep you fit and you could make your country proud in the field of sports," the sprinter added.

Her biggest wins came in 2018 at the Asian Games where she picked up a silver in both 100 m and 200 m races. She had won bronze medals in 100m and 4x100m relay at the 2017 Asian Athletics Championships. She is the first Indian athlete to win in the World University Games.

The awardees will receive their awards from the President of India Ram Nath Kovind at a specially organized function through the virtual mode from Rashtrapati Bhawan on August 29.