People Look At Me And My Partner Differently, But It Doesn't Matter: Dutee Chand

In May last year, Dutee Chand had revealed that she was in a relationship with a woman from her village in Odisha. 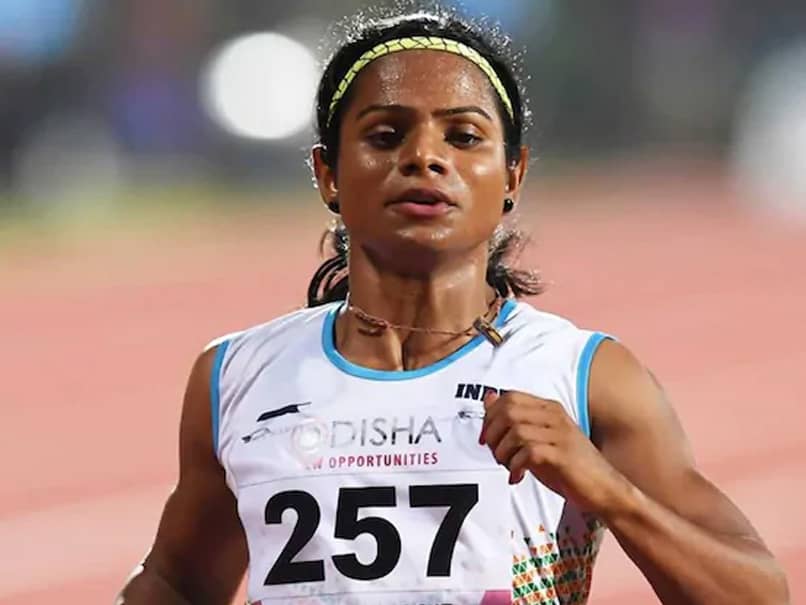 Dutee Chand is a national record holder in women's 100 metres with a time of 11.26 seconds.© AFP

Star Indian sprinter Dutee Chand concedes that her revelation of being in a same-sex relationship last year led to people looking at her "differently" but insists that it doesn't bother her one bit. The 24-year-old Dutee considered the fastest Indian woman right now, has asked those in same-sex relationships to be courageous and stand firm. "One may fall in love anytime and with anyone. One does not decide that based on caste, religion, or gender," Dutee said in online interaction with US Consul General in Hyderabad Joel Reifman.

In May last year, Dutee had revealed that she was in a relationship with a woman from her village in Odisha. She had said that "coming out of the closet" was better than "hiding" her personal life from the public.

"My partner supported me every time and I have chosen her for my life. People may look at us differently or call us by any name like gay, lesbian etc. That does not matter so far as we get to spend our lives with each other," she added.

Her family had objected to the relationship and her older sister even threatened to disown her, but Dutee has been unruffled, expressing her desire to settle down with the woman.

"For all who are in love but afraid of the world you must show courage because the world has always taken time to accept all good things," she said.

"So please do not be afraid because it is your life and your happiness."

After her public disclosure, Dutee became the first Indian woman track and field athlete to clinch a gold in the World University Games by winning the 100m dash in a time of 11.32 seconds.