Sports Minister Kiren Rijiju said sprinter Hima Das will continue running for India, even after the Assam government decided to appoint her as the Deputy Superintendent of Police. 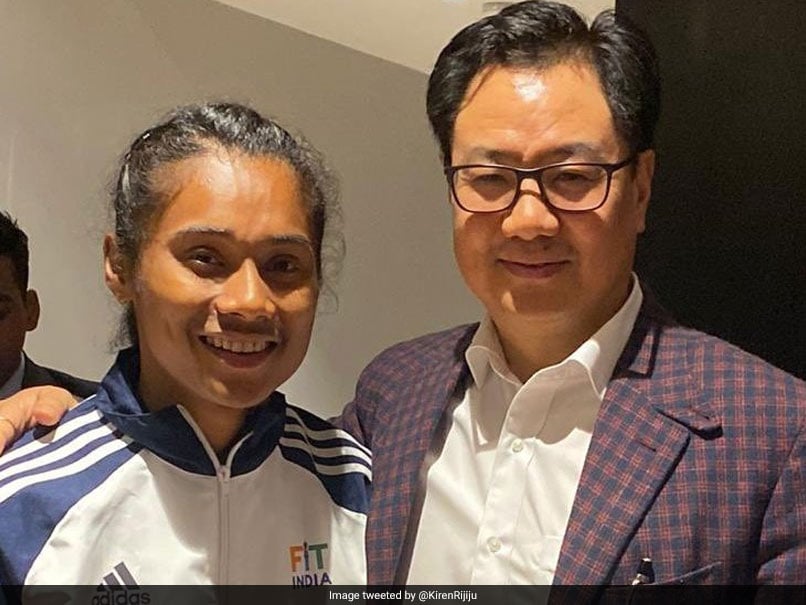 Union Youth Affairs and Sports Minister Kiren Rijiju on Thursday said that sprinter Hima Das will continue running for the country, even after the Assam government decided to appoint her as a Deputy Superintendent of Police in the state. The 21-year-old is currently preparing for the upcoming Tokyo Olympics qualification at Netaji Subhas National Institute of Sports, Patiala. Rijiju further added that sportspersons are employed in different sectors and yet they continue to play. "Many people are asking, what about Hima's sports career? She is training for Olympic qualification at NIS Patiala and will keep running for India. Our elite Athletes are employed in various jobs yet continue to play. Even after retirement, they will be engaged in promoting sports," Rijiju tweeted.

Many people are asking, what about Hima's sports career? She is training for Olympic qualification at NIS Patiala & will keep running for India. Our elite Athletes are employed in various jobs yet continue to play. Even after retirement, they'll continue to promote sports.

"Well done! Assam Cabinet, headed by CM @sarbanandsonwal has decided to offer the post of DSP in Assam Police to sprinter queen @HimaDas8!" Rijiju had tweeted.

Assam Chief Minister Sarbanand Sonwal in a meeting of Council of Ministers (CoM) at Janata Bhawan, Guwahati on Wednesday decided to appoint ace sprinter Das as a DSP in the state.

The cabinet also amended the integrated sports policy of the state for the appointment of sportspersons, as Class-I and Class-II officers in different departments of the state government.

"The CoM approved amendment to the Integrated Sports Policy for the State providing for appointment to medal winners of Olympics, Asian Games, CWG (Class 1) and medal winners of World Championships senior (Class 2) officers. Hima Das will be appointed as Deputy Superintendent," Sonowal tweeted.

Hima became the first Indian woman and also the first-ever Indian athlete to win a gold medal, in any format of a global track event at the IAAF World U20 Championships, when she clocked a speed of 51.46 seconds.

Hima had clinched five gold medals in 2019. She won the fifth medal at the Nove Mesto Athletics Meet on July 20, 2019. She had clocked a timing of 52.09 seconds to complete the 400m race, registering her season-best timing. Hima also won gold in 200m in Tabor Athletic Meet.