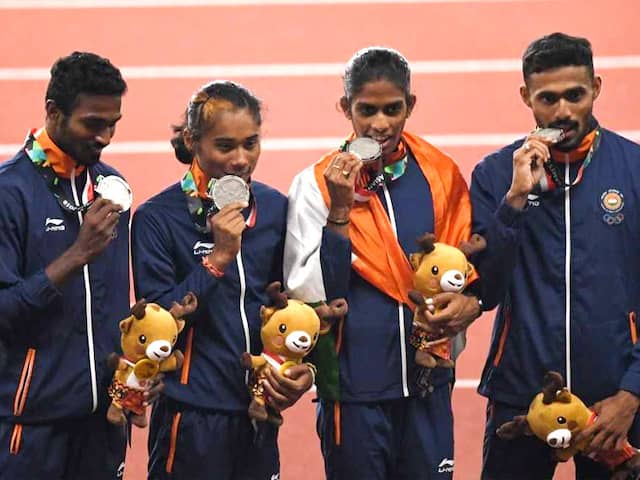 India's silver medal in the 4x400m mixed team relay event at the 2018 Asian Games is in line to be upgraded to gold. The Athletics Integrity Unit (AIU) banned Bahrain's Oluwakemi Adekoya for four years and ordered the disqualification of any result that the athlete obtained between August 24 and November 26, 2018. The final of the 4x400m mixed team relay was held on August 28, 2018 in Jakarta, Indonesia.

The Bahranians had recorded a time of 3:11:89 while the Indian team, consisting of Hima Das, Mohammad Annas, M.R. Poovamma and Arokia Rajiv, finished with a time of 3:15:71 to take the second spot on the podium.

After the race, India had lodged a protest for 'obstruction', alleging that a Bahrain sprinter had impeded Hima Das' way during the race. The appeal had been turned down and India remained with a silver medal.