ENG vs AUS 5th Test Day 4 Highlights, Ashes 2019: England beat Australia by 135 runs in the fifth and the final Ashes Test to level the series 2-2. 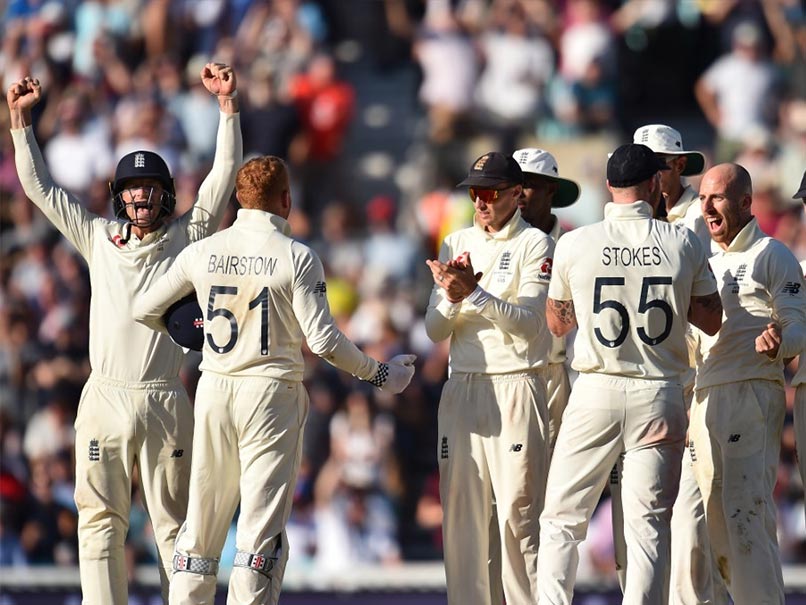 Stuart Broad and Jack Leach picked up four wickets apiece, helping England beat Australia by 135 runs in the fifth and the final match and level the series 2-2. Apart from Matthew Wade none of the Australia batsmen could pose challenges to the English bowlers. Wade scored his 4th Test century in the process. Australia talisman Steve Smith failed for the first time in the series and that proved costly for the team. Earlier, chasing 399 runs to win, Australia got off to a poor start as Stuart Broad dismissed both Marcus Harris and David Warner cheaply. Harris was the first one to depart as Broad sent his off-stump rolling in the air when he was on 9. Warner got into the double-digits for the second time in this series but couldn't capitalise on the start and got out on 11 by edging one straight to the third slip. Warner became Broad's victim for the seventh time in the series. Before lunch, the biggest wicket for the visitors was the departure of Marnus Labuschagne, their  most consistent batsman after Smith, who got out after he failed to recover his crease in time and wicket-keeper Jonny Bairstow clipped the bails in a flash. (Scorecard)

Australia Cricket Team Cricket The Ashes 2019 England vs Australia, 5th Test Live Score Live Cricket Score Live Blogs
Get the latest updates on ICC Women's Cricket World Cup 2022 and IPL 2022, check out the Schedule , Live Score and IPL Points Table. Like us on Facebook or follow us on Twitter for more sports updates. You can also download the NDTV Cricket app for Android or iOS.