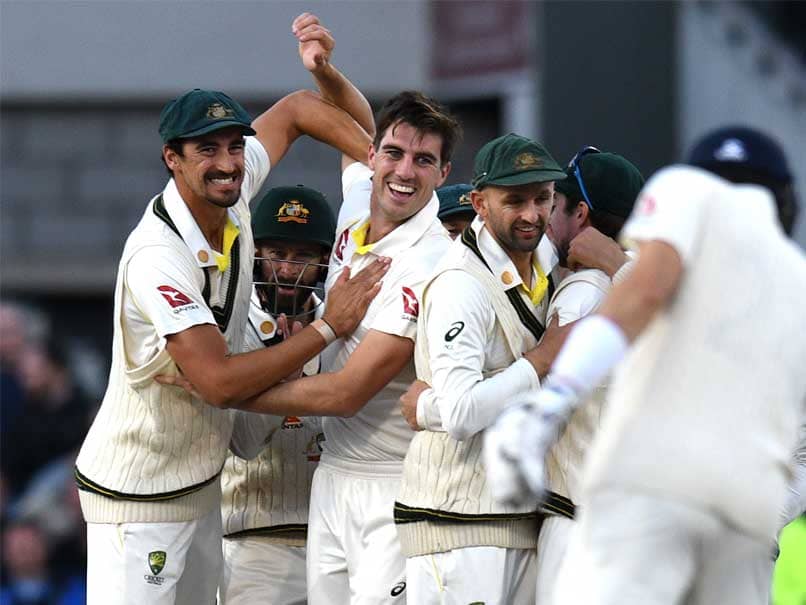 Pat Cummins took two wickets on consecutive deliveries to put Australia on top in the fourth Test in Manchester on Saturday. England finished the day at 18 for two as Rory Burns and Joe Root both went without scoring. This was Joe Root's second golden duck in this series. Earlier, England were set a target of 383 to win the fourth Ashes Test at Old Trafford on Saturday. Australia declared their second-innings on 186-6 after tea on the fourth day. Steve Smith made 82 -- his lowest score of a series where the world's top-ranked Test batsman has now made 671 runs at an average of 134.2 with three hundreds, including 211 in the first innings of this match. Jofra Archer led England's attack with three wickets for 45 runs in 14 overs. The most England have made in the fourth innings to win a Test is the 362-9, requiring 359, they posted in their series-levelling win in the third Test at Headingley a fortnight ago. Victory in this match would see holders Australia retain the Ashes at 2-1 up with one to play in a five-Test series. (SCORECARD)

Australia Cricket Team The Ashes 2019 Cricket England vs Australia, 4th Test
Get the latest updates on India vs England Series, India vs England , live score and IPL 2021 Auction . Like us on Facebook or follow us on Twitter for more sports updates. You can also download the NDTV Cricket app for Android or iOS.