2018 FIFA Opening Ceremony Highlights: The World Cup kicks off in Russia Thursday as the host nation take on Saudi Arabia in front of 80,000 people in Moscow after President Vladimir Putin officially declares the tournament open. 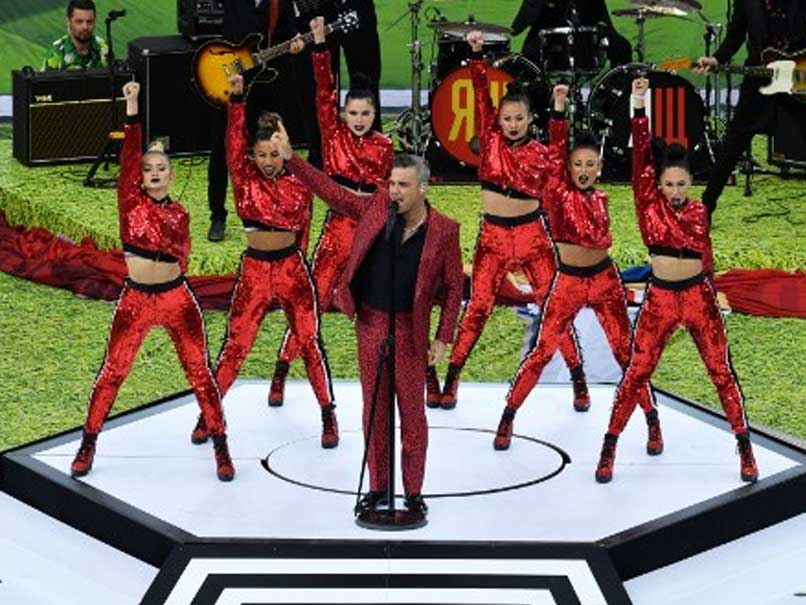 The FIFA World Cup, the biggest sporting carnival on the planet, is all set to kick-start today. As Russia gets dressed to host the much-awaited event, fans from all over the world are set to see their favourite superstars in action. Brazilian great Ronaldo and British pop star Robbie Williams will be present at the opening ceremony. Robbie Williams, who is best known for his hit single "Angels", will sing alongside Russian soprano Aida Garifullina shortly before Russia face Saudi Arabia in the first match of the FIFA World Cup at Moscow's Luzhniki Stadium. Williams had said that performing at the FIFA World Cup was "a boyhood dream" and it would be "an unforgettable show".

However, the role of Ronaldo, whose creative director is local producer Felix Mikhailov, is yet to be ascertained. Unlike previous editions, this year's opening ceremony will take place just half hour before the curtain-raiser match, with a stronger focus on musical acts. Some 80,000 fans are expected to be in attendance while millions more will watch the live broadcast around the world. Meanwhile, another Brazilian legend Pele may not be part of the opening ceremony and the inaugural match of the FIFA World Cup has cancelled his scheduled trip to Russia because of ill health.

20:12 IST: A loud cheer from the crowd. What an atmosphere at Luzhniki stadium. And, credit goes to one and only Robbie Williams.

20:09 IST: Robbie Williams comes up with another chart-topping number "Angels".

20:06 IST: Fans are being treated to some great music as Robbie Williams treats Moscow to another one of his chart-topping numbers "Feel".

20:04 IST:Robbie Williams enthralls the crowd with his famous song"Let me entertain you".

20:04 IST: Brazilian legend Ronaldo walks out with the mascot amid huge cheer.

20:01 IST: What a start to the ceremony. The opening ceremony is starts with a spaceship.

19:48 IST: We are minutes away from the opening ceremony

We are now minutes away from the #WorldCup opening ceremony!!! pic.twitter.com/wR7rTxDbYT

Reunited with the #WorldCup trophy

Thanks, @IkerCasillas, we always knew you had safe hands pic.twitter.com/7PJGXitCvT

19:17 IST: The coveted trophy has been introduced to fans at the Luzhniki stadium. What an atmosphere.

Hidden behind my desk, might as well watch the World Cuo opening ceremony pic.twitter.com/bxiDAzrCD9

18:42 IST: Luzhniki stadium is ready to host the opening match of the FIFA World Cup.

Inside the imposing Luzhniki Stadium, Moscow ahead of opening ceremony. Then hosts Russia get the month-long soccer fiesta underway with a clash against Saudi Arabia in Group A.@KTNKenya @KTNNews @GameYetu pic.twitter.com/cVEfmBncir

Half an hour to go until the opening ceremony of the #WorldCupRussia2018 our TV screen are ready, the pies are in the oven and the beer taps are full. We'll see you here soon. pic.twitter.com/drTmxywBqu

Simple question... what do you think the result will be? #RUSKSA#WorldCup

17:55 IST: Williams in a statement said that performing at the FIFA World Cup was "a boyhood dream" and it would be "an unforgettable show".

17:52 IST: The award-winning singer, who is best known for his hit single "Angels",will sing alongside Russian soprano Aida Garifullina shortly before Russia face Saudi Arabia in the first match of the FIFA World Cup at Moscow's Luzhniki Stadium.

Very excited to be returning to Russia to perform at the opening of the @FIFAWorldCup - tune in early on Thursday for an unforgettable show! #WorldCup pic.twitter.com/skwCwt21SM

The imposing 80,000-seat arena has been rebuilt from the days it hosted the 1980 Summer Olympics and will be the venue of both Thursday's tournament kickoff and the July 15 final. President Vladimir Putin has already said he expects to see much better from Russia when he arrives in Luzhniki for the opening ceremony. The stadium will host seven matches including 4 group matches (Russia vs Saudi Arabia, Germany vs Mexico, Portugal vs Morocco, Denmark vs France), one semi-final and the summit clash.

Saudi Arabia Live Blogs
Get the latest updates on SA vs IND 2021-22, check out the Schedule and Live Score . Like us on Facebook or follow us on Twitter for more sports updates. You can also download the NDTV Cricket app for Android or iOS.