World Cup 2018: We Have To Learn To Suffer, Says Brazil's Neymar

Brazil overcame a tricky start to the last-16 tie, as second-half goals from Neymar and Roberto Firmino sealed a deserved victory. 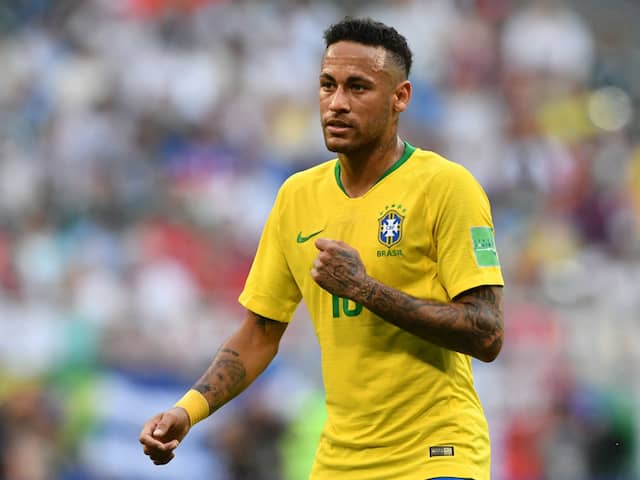 Neymar opened the scoring for Brazil in the 51st minute© AFP

Neymar on Tuesday said Brazil need to "learn to suffer" after their 2-0 win over Mexico on Monday booked a World Cup quarter-final place. The five-time champions overcame a tricky start to the last-16 tie, as second-half goals from Neymar and Roberto Firmino sealed a deserved victory and a last-eight clash with either Belgium or Japan. "We have to learn to suffer," said Neymar. "It was a very difficult match, we knew the quality of our opponents." The Paris Saint-Germain forward stabbed home a low cross from Willian in the 51st minute to score his sixth World Cup goal and second of this year's tournament, but first in a knockout match. "Neymar was out for three-and-a-half months. At the top level, this is a lot," said Brazil coach Tite.

"A top-notch athlete would need four or five matches to recover properly. In the previous match he was excellent and here he repeated a high-quality performance."

Chelsea winger Willian was a constant threat to the Mexican defence with his driving runs, as he continues to improve after a disappointing display in the opening 1-1 draw with Switzerland.

"I'm very happy with my performance but even more so with the team's victory," he said.

Brazil are bidding for a record-extending sixth World Cup trophy after their semi-final humiliation four years ago against Germany on home soil, but would face a tough test against a talented Belgium outfit should the Red Devils get past Japan.

Mexico Brazil vs Mexico, Round of 16 2018 FIFA World Cup Neymar Philippe Coutinho Roberto Firmino Football
Get the latest Cricket news, check out the India cricket schedule, Cricket live score . Like us on Facebook or follow us on Twitter for more sports updates. You can also download the NDTV Cricket app for Android or iOS.