Croatian media hailed their team as heroes after the small country's historic success in reaching the FIFA World Cup 2018 final. 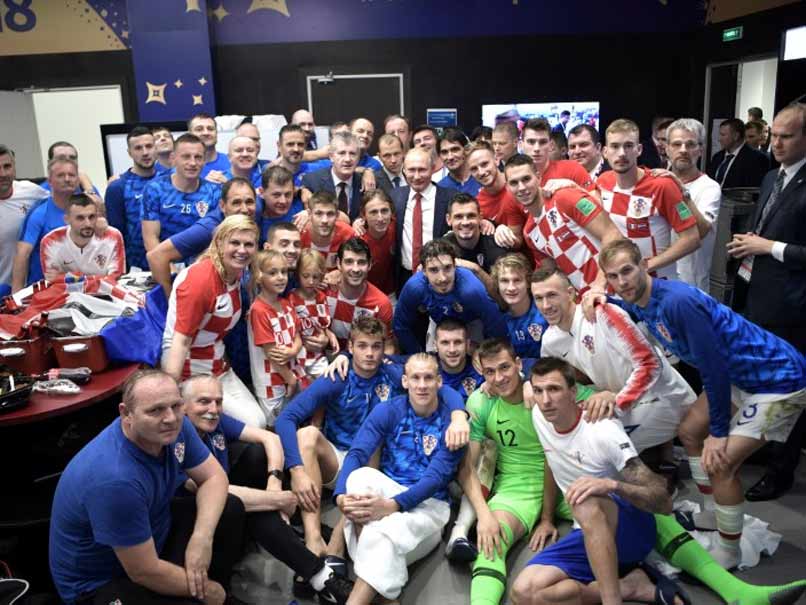 Croatian media on Monday hailed their team as heroes after the small country's historic success in reaching the FIFA World Cup 2018 final where France beat them 4-2. "Thank you, heroes! - You gave us everything!" read the Sportske Novosti frontpage. "'Vatreni' (the "Fiery Ones" in Croatian), you are the biggest, you are our pride, your names will remain written in gold forever!" the newspaper said. It showed a photo of captain Luka Modric who was awarded the Golden Ball for the best player at the tournament, holding a trophy, although with a sad face after the defeat.

"Brave hearts - You made us proud," said Jutarnji List daily.

"Croatia celebrates you, you are our gold!" echoed the Vecernji List.

It noted that for the past month coach Zlatko Dalic's team "made Croatia better".

"They restored pride, pulled it out of the pessimism" reigning in the country whose economy remains among the weakest in the European Union.

More than 100,000 red-and-white-painted Croatian fans were expected to welcome the squad home later Monday in the capital Zagreb.

Despite being forced into extra-time in all three of their knockout rounds before the final, Croatia dominated the opening period and were desperately unlucky to trail 2-1 at half-time through Mario Mandzukic's own goal and a controversial Antoine Griezmann penalty.

The smallest country to make a World Cup final in 68 years, with a population of just over four million, finally wilted after the break as Paul Pogba and Kylian Mbappe added to France's lead before Mandzukic pulled a goal back.

"Although I think we deserved more, we can't change anything," said Croatia star Modric. "We can only be proud of what we did -- we never gave up and fought until the end."

France Luka Modric 2018 FIFA World Cup France vs Croatia, Final Football
Get the latest updates on ICC T20 Worldcup 2022, check out the Schedule and Live Score. Like us on Facebook or follow us on Twitter for more sports updates. You can also download the NDTV Cricket app for Android or iOS.