Everyone is talking about Neymar's theatrics rather than his ability. 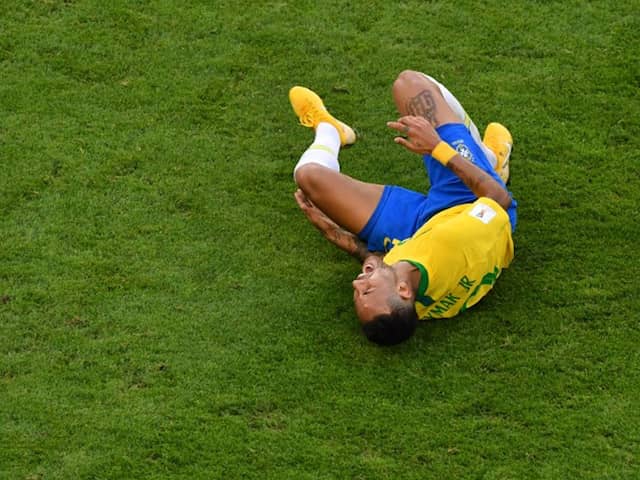 An old criticism has come back to haunt Neymar.© AFP

Brazilian football star Neymar is hogging the limelight at the FIFA World Cup 2018 in Russia. However, he has come in the spotlight lately not for his goal-scoring abilities but for his numerous injury stints. An old criticism has come back to haunt Neymar and he has been accused of either diving or playing up a foul if a defender even touches him. It is a bit frustrating at times. Mostly because he's such a good player. Everyone is talking about his theatrics rather than his ability. Recently, a video was posted on Twitter where a group of children in Switzerland enacted his rolling antic and the results are hilarious.

There are two incidents of play-acting that stand out. The first came when Mexico's Miguel Layun stepped on Neymar's ankle while going to pick up a ball and the other came against Switzerland.

Mexico coach Juan Carlos Osorio called Neymar out for "clowning" after Layun stepped on him, adding that "We had control of the match, but to me it is just shameful that so much time could be lost over one player."

The world number two side Brazil will take on third-ranked Belgium in the much-awaited quarter-final match that will be played at the Kazan Arena on Friday.

On Monday, Belgium mounted a stirring fightback to beat Japan, with Nacer Chadli scoring the winner in the 94th minute. Becoming the first team in 48 years to overcome a 2-0 deficit in a World Cup knockout match.

Despite scoring nine times in wins over Panama (3-0), Tunisia (5-2) and England (1-0) before the Japan game, Belgium will have to lift their game significantly to beat a well-drilled Brazil side increasingly dancing to the tune of star forward Neymar.

Belgium Neymar Kazan Arena 2018 FIFA World Cup Football Brazil vs Belgium, Quarter-Final 2
Get the latest updates on IPL 2020, check out the IPL Schedule for 2020 and Indian Premier League (IPL) Cricket live score . Like us on Facebook or follow us on Twitter for more sports updates. You can also download the NDTV Cricket app for Android or iOS.