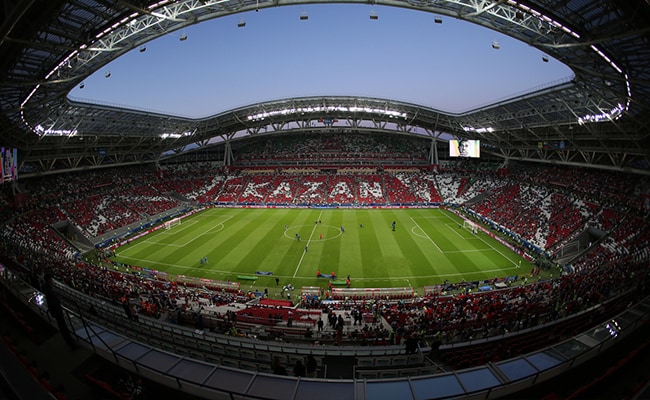 The stadium's capacity is 45,379 and its construction was completed in July 2013. It will host six World Cup games. It will host four group matches (France vs Australia, Iran vs Spain, Poland vs Colombia, South Korea vs Germany), one Round of 16 clash and the Quarter-final. The stadium is located in the capital and largest city of the Republic of Tatarstan, east of Moscow at the confluence of the Volga and Kazanka Rivers in European Russia.