Sports Minister of the Moscow Region Roman Teryushkov said that Messi will receive a strange, but valuable gift from the Moscow region. 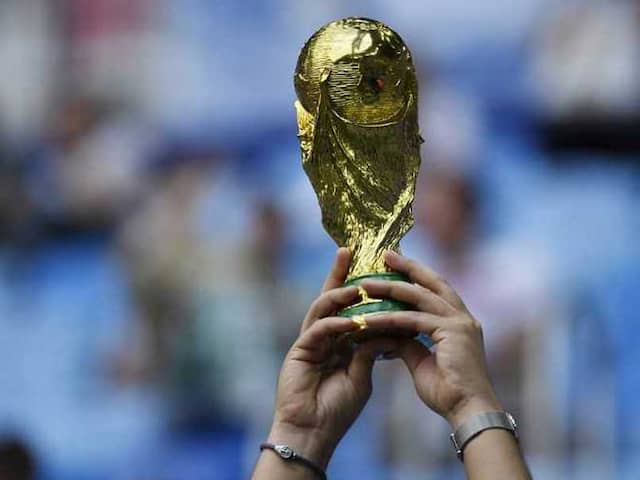 A fan holds a replica of the World Cup trophy during a FIFA World Cup match.© AFP

A replica of the FIFA World Cup trophy, as well as a birthday cake has been made for Argentina national football team captain Lionel Messi by the people of Bronnitsy, where the players are residing. It might cheer up Argentina, which is now fighting to enter the knockout stage, reports Sputnik news agency. "The Argentinian national team is world-renowned, so, naturally, we could not forget about such an important event as the birthday of its captain," said Sports Minister of the Moscow Region Roman Teryushkov.

According to the official, Messi, who celebrates his 31st birthday on June 24, will receive a strange, but valuable gift from the Moscow region, a copy of the FIFA World Cup made from traditional Russian Gzhel ceramics.

Meanwhile, Argentina is struggling in group D after its 1-1 draw against Iceland, in which Messi failed to score on a penalty.

The team will play against the leader of the group, Croatia, on Thursday and against Nigeria on June 26.

Lionel Messi 2018 FIFA World Cup Football Argentina vs Croatia, Match 23 Nigeria vs Argentina, Match 39
Get the latest Cricket news, check out the India cricket schedule, Cricket live score . Like us on Facebook or follow us on Twitter for more sports updates. You can also download the NDTV Cricket app for Android or iOS.