Germany's media reacted with concern and worry to the World Cup holder's shock 1-0 defeat against Mexico on Sunday. 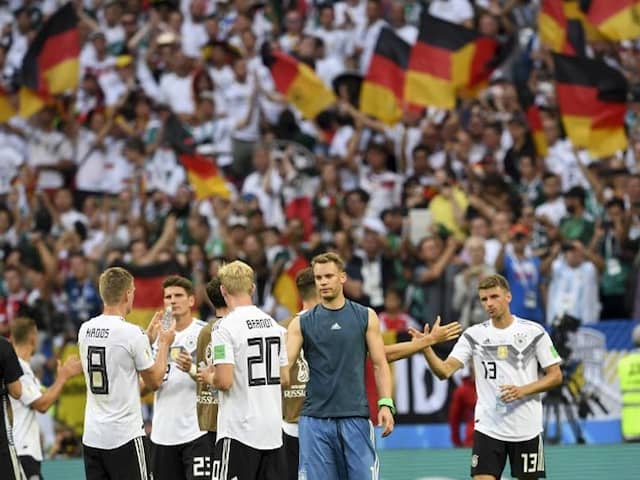 Germany's media reacted with concern and worry to the World Cup holder's shock 1-0 defeat against Mexico on Sunday. Hirving Lozano hit the winning goal after 35 minutes in Moscow when the German defence was caught napping. This was the first time Germany have lost an opening game at a World Cup finals since going down 2-1 to Algeria when Spain hosted the 1982 tournament.

Munich-based newspaper Sueddeutsche Zeitung agreed with "There are reasons to worry" over a picture of the dejected German team, who need to beat Sweden and South Korea to be sure of going through.

Magazine Sports Bild commented "There were no world champions to be seen on the pitch" in a damning verdict on the below-par performance.

Mexico 2018 FIFA World Cup Football Germany vs Mexico, Match 10
Get the latest Cricket news, check out the India cricket schedule, Cricket live score . Like us on Facebook or follow us on Twitter for more sports updates. You can also download the NDTV Cricket app for Android or iOS.