Australia need to post a win to have even an outside chance to qualify. 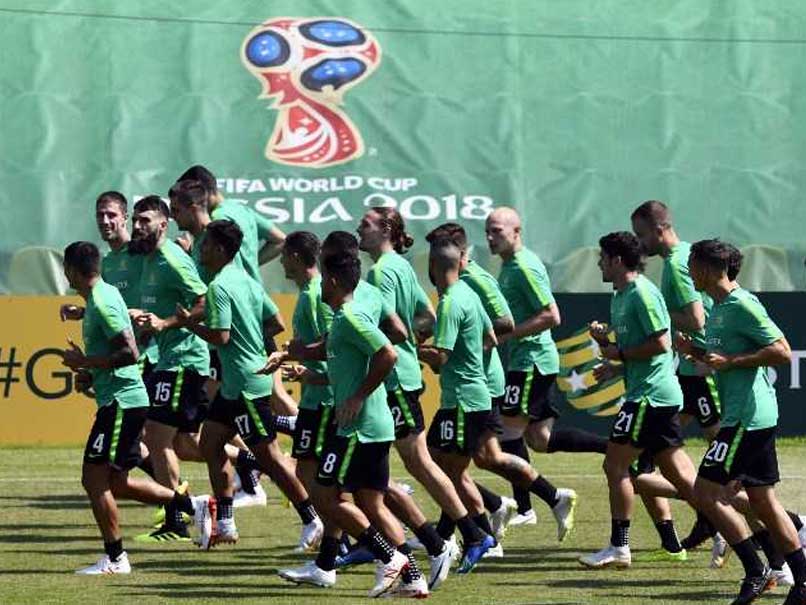 Australia will be in a desperate need of a win to enter the last 16.© AFP

Australia will be in a desperate need of a win to enter the last 16 of the FIFA World Cup 2018 as they face an eliminated Peru in their last Group C clash at Fisht Stadium in Sochi on Tuesday. On the other hand, Peru will have a chance to salvage some pride and would aim to sign off their World Cup campaign on a victorious note. Australia coach Bert van Marwijk is under growing pressure to play veteran Tim Cahill in their must-win World Cup match against Peru, with fans demanding to know why the country's top goal poacher has been ignored so far.

Cahill has scored 50 times for Australiain 105 games and many expected him to be used as a super-sub in Russia. But despite his experience and proven abilities he has done little more than warm the bench during their opening two games -- a 2-1 loss to France and 1-1 draw with Denmark.

Australia's only two goals so far have come from penalties, with a flurry of chances going begging.

"Australia's 1-all draw with Denmark left Socceroos fans asking just one question. Why is Tim Cahill at the World Cup?" the Sydney Daily Telegraph said.

The Australian newspaper took a similar tack, saying the "drums were beating" for Cahill to start alongside exciting young gun Daniel Arzani, who came on as a substitute against the Danes.

One of Australia's most experienced Socceroos, Mark Bosnich asked the same question immediately after the Denmark game.

"Arzani should have been in earlier, and questions must be asked of the manager as to why Tim Cahill was not used with 10-15 mins to go," Bosnich tweeted.

The Socceroos must beat Peru next week and hope Denmark lose to France with enough of a goal swing to lift them above the Danes, who currently have three more points and a two-goal margin.

Australian sporting stars joined the chorus for Cahill to be given the chance to once again come to his country's rescue.

Peruvians were reduced to tears after their team became the first from South America to be eliminated from the World Cup, having played only two matches and yet to score a goal.

From the Andes' peaks to the Amazon jungles, a nation that rejoiced in their first appearance at a World Cup for 36 years was brought crashing down to earth by a single goal defeat to France.

"We're already out," a crestfallen Fernando Zelada said after watching Peru lose on a giant screen in Lima's Miraflores district.

Led by Argentine coach Ricardo Gareca, Peru have a chance to salvage some pride, and score a goal they richly deserve, when they play Australia in their last match.

Peru 2018 FIFA World Cup Football Australia vs Peru, Match 37
Get the latest updates on India vs Australia and check out  Schedule, Results and Live Score. Like us on Facebook or follow us on Twitter for more sports updates. You can also download the NDTV Cricket app for Android or iOS.