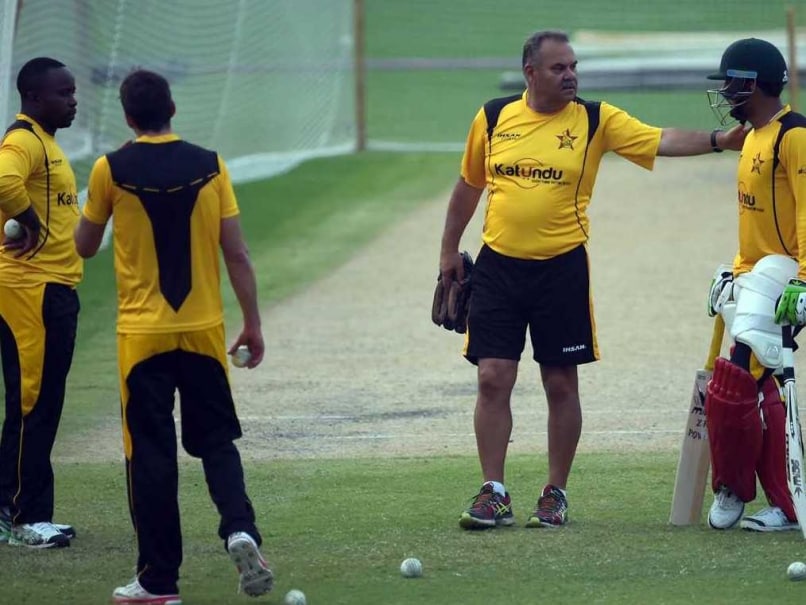 Zimbabwe on Tuesday sacked coach Dav Whatmore and captain Hamilton Masakadza and named former South Africa pacer Makhaya Ntini and Graeme Cremer as interim coach and captain of the side ahead of theirlimited-overs series against India, starting June 11.

Zimbabwe Cricket (ZC)said the changes were made keeping in mind the team's poor performance in the ICC World Twenty20.

Zimbabwe crashed out in the preliminary stage of the ICC World Twenty20.

Bowling coach Ntini will take over the charge as interim coach from Australian Whatmore, who was handed a four-year contract in April last year.

"Head coach Davenell Whatmore has had his contract terminated with immediate effect. Bowling coach Makhaya Ntini has taken over in an acting capacity until the appointment of a substantive head coach," a statement from ZC said.

"The board has also relieved Zimbabwe top-order batsman Hamilton Masakadza of the captaincy for all three formats of the game. His deputy, Graeme Cremer, will act in the interim," it added.

Zimbabwe will play India inthree One-Day Internationals and as many Twenty20 Internationals, starting June 11 at the Harare Sports Club here.

Comments
Topics mentioned in this article
India Cricket Team Zimbabwe Cricket Team Hamilton Masakadza Makhaya Ntini Graeme Cremer MS Dhoni Davenell Frederick Whatmore Cricket Zimbabwe vs India 2016
Get the latest updates on IPL Auction 2023 and check out  IPL 2023 and Live Cricket Score. Like us on Facebook or follow us on Twitter for more sports updates. You can also download the NDTV Cricket app for Android or iOS.