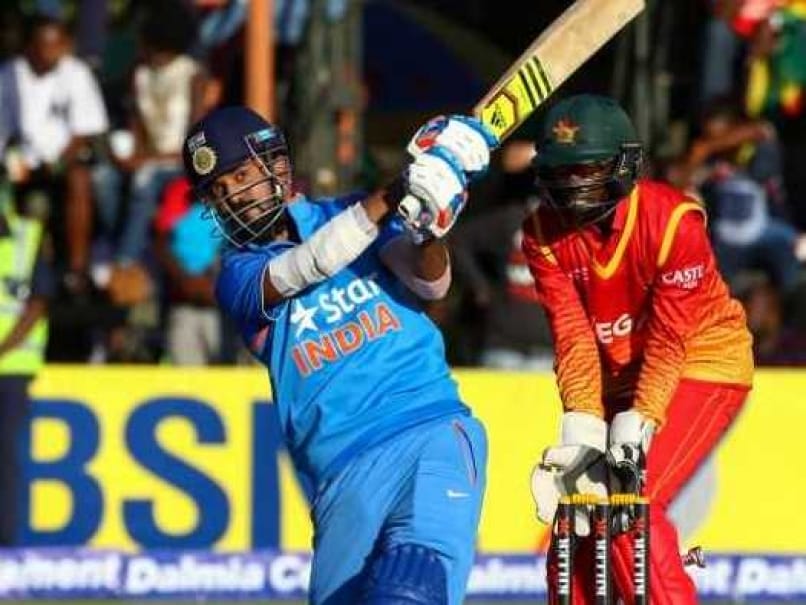 It was far away from a cake walk for the Indian team against Zimbabwe in the short tour, specially in the Twenty20s, but India coach Sanjay Bangar said the youngsters managed to make an impact.

India survived a last ball scare last night in the final T20 to nail the series 2-1.

"Each one who got an opportunity created an impact. They made an impression and I think this experience will really stand them well going ahead," Bangar said at the post-match press conference.

"Some of the boys would go to Australia with India A team and I think the selectors who were here for the entire duration and were watching each and every player very closely would have definitely earmarked players for the future from what they saw over here."

Commenting on team's comeback afterlosing the first T20, Bangar said, "When you lose the first match in a three match series the pressure only adds up. I think the way we came back in the second game and held our nerve in the third (was commendable)."

Responding to a question about the performance of young Indian batsmen, the India coach said, "I think T20 is such a game wherein it consists of so many decisions that have to be made under pressure (and) at times the decision that you make; go for a shot, if it comes off, it seems a terrific decision but if it doesn't come off it again puts a question mark on the decision making so I feel that T20 is such a fast and dynamic game that you need to keep a bit of leverage and some time give opportunity to the younger guys. But all and all, I am pretty satisfied (with) the way they respond(ed) to various match situations."

Impressed by Kedar Jadhav's useful contributions in the few opportunities he got, Bangar said he proved his worth.

Jadhav scored 58 off 42 balls in the final T20 to shape India's innings.

"This was the only second time he could bat today and he played an amazing innings because he was having some issues as he wasn't really feeling good but he hung in and the kind of innings he produced on a difficult track shows the quality of the player. He is doing all that he can in the opportunities that he is getting."

Bangar was also of the view that age doesn't really matter nowadays because most of the guys are keeping themselves very fit and have fantastic work discipline.

"Throughout the series, he kept pressure on and probably he was the most economical bowler. I don't really know the exact stats but he was very consistent and maintained that pressure not only through his bowling but also with the way he fielded, the number of catches he took and the way he finished the innings.

"He is proving to be good developing player at number seven or number eight, who is capable of playing good shot and I feel that's very encouraging for Indian cricket."

"Dhoni had a lot of interactions with players and made that effort to go out and mingle with them and probably invited them for dinners. He went out of the way to make them feel comfortable. He shared his experiences with the younger guys probably emphasising on how to handle pressure under match situations and the things that are required to be done.

"Dhoni, fantastically, passed on the tradition of Indian cricket because these youngsters are the future of Indian cricket and the way he shared his experiences was very similar to how the earlier generation used to pass on the knowledge and experiences just to make younger players feel comfortable in the dressing room."

Comments
Topics mentioned in this article
India Cricket Team Zimbabwe Cricket Team Sanjay Bangar Barinder Sran Lokesh Rahul Mandeep Singh Kedar Jadhav Akshar Patel Zimbabwe vs India 2016 Cricket
Get the latest updates on IPL Auction 2023 and check out  IPL 2023 and Live Cricket Score. Like us on Facebook or follow us on Twitter for more sports updates. You can also download the NDTV Cricket app for Android or iOS.