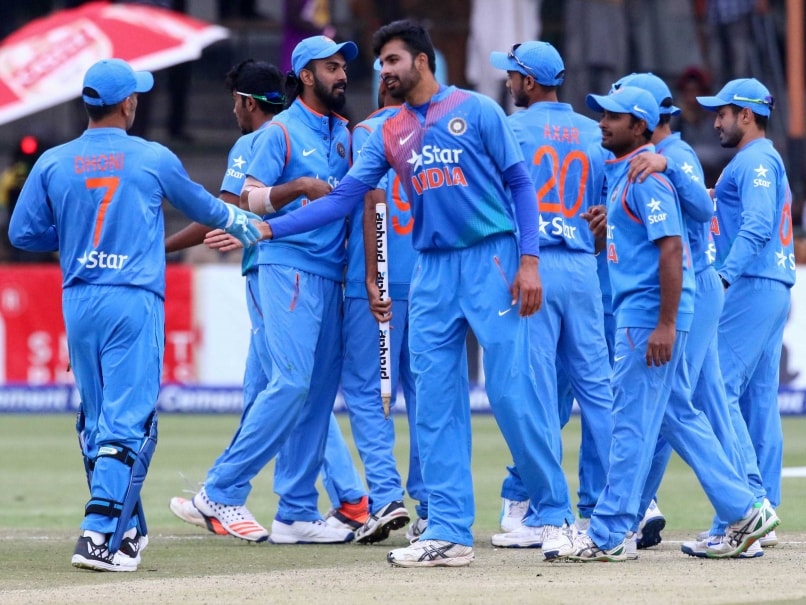 MS Dhoni has equalled Ricky Ponting's record of captaining a side in the most international games across all formats.© AFP

Dhoni achieved the milestone during the third and final Twenty20 International against Zimbabwe at the Harare Sports Club. India won the series 2-1, days after 3-0 whitewash of the hosts in ODIs.

The 34-year-old is also India's most successful captain ever, having overseen 27 Test match victories, 107 ODI wins and 40 T20 successes.

During his nine-year tenure, Dhoni has guided India to title triumphs in the World T20 (2007), the World Cup (2011) and the Champions Trophy (2013) besides leading the side to the top of the ICC Test rankings.

Now leading India in ODIs and T20s, the veteran wicketkeeper-batsman had retired from Test cricket in 2014 in the middle of a high-profile series in Australia.

Comments
Topics mentioned in this article
India Cricket Team MS Dhoni Ricky Ponting Zimbabwe vs India 2016 Cricket
Get the latest updates on IPL Auction 2023 and check out  IPL 2023 and Live Cricket Score. Like us on Facebook or follow us on Twitter for more sports updates. You can also download the NDTV Cricket app for Android or iOS.