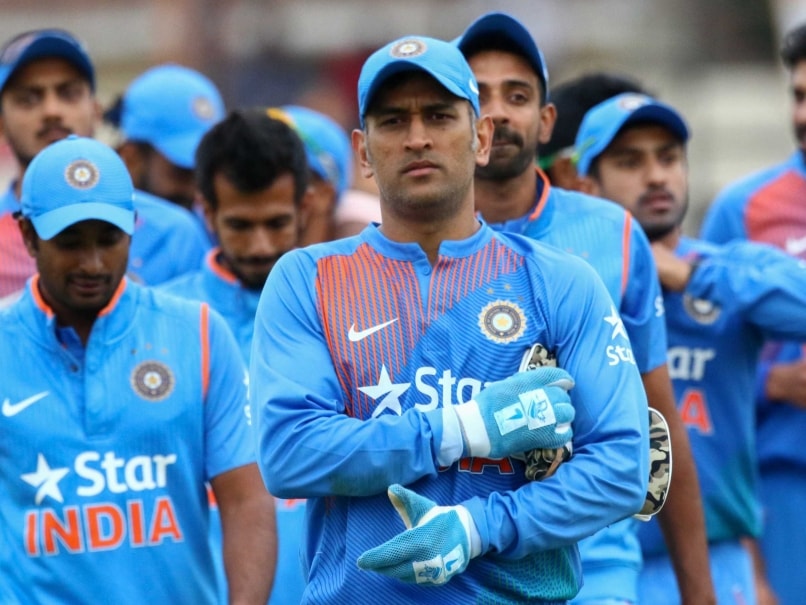 MS Dhoni has expressed happiness that the youngsters in the team got some exposure in the Twenty20 International series.© AFP

India skipper Mahendra Singh Dhoni summed up the limited-overs tour of Zimbabwe as "good exposure" for the youngsters but insisted that the players learnt more from the T20s than the ODIs.

India wrapped up a successful tour of Zimbabwe with a 2-1 T20 series win in Harare on Wednesday after posting a 3-0 whitewash in the preceding ODI series.

However, India survived a mighty last-ball scare before clinching the three-match series with a nervy three-run win over a spirited Zimbabwe in the third and final Twenty20 International here.

"The ODI and T20 series were good exposure for the youngsters. Personally I feel we got more from the T20s than the ODIs," said Dhoni at the post match presentation ceremony.

Zimbabwe shocked India with a win in the opening T20 match before the visiting team bounced back in the second game. Third match also went down to the wire before India managed to prevail over the hosts in a closely-fought contest.

"Usually in this format, the games get close. Zimbabwe did well, batted and bowled well," admitted Dhoni, adding, "They need more games to get better."

On the captain himself not getting to bat much during the series, Dhoni said, "Difficult one, we did what was right to put in the opposition (in the ODIs). We decided to do what was the right way to play cricket."

Dhoni said that this series helped the team develop a pool of 10-12 fast bowlers.

"In fast bowling department, we need a good pool of players. Now we can proudly say we have 10-12 players who can play for the country," he said.

Needing 21 runs off the final over, Zimbabwe almost achieved the target as they required just four runs from the last ball, but Barinder Sran, player of the series, held his nerves for a dramatic finish to the game.

"21 runs is a lot for the final over. I was confident we were going to win. Started with a different plan but then changed it," said Sran.

Zimbabwe skipper Graeme Cremer said he was happy with way his boys fought back after the ODI whitewash.

"Disappointing (that we lost today), but happy with the way the guys fought in the T20 series. One-day series was a tough beating and it was important to make a comeback in the T20 series. Nice to get a few more games. If we carry on playing, we'll get better," said Cremer.

Comments
Topics mentioned in this article
India Cricket Team Zimbabwe Cricket Team Harare Sports Club, Harare Zimbabwe vs India 2016 MS Dhoni Cricket
Get the latest updates on IPL Auction 2023 and check out  IPL 2023 and Live Cricket Score. Like us on Facebook or follow us on Twitter for more sports updates. You can also download the NDTV Cricket app for Android or iOS.