Led by Barinder Sran, who finished with impressive figures of 4/10, India restricted Zimbabwe to a paltry total of 99/9 and won the match with 41 balls to spare 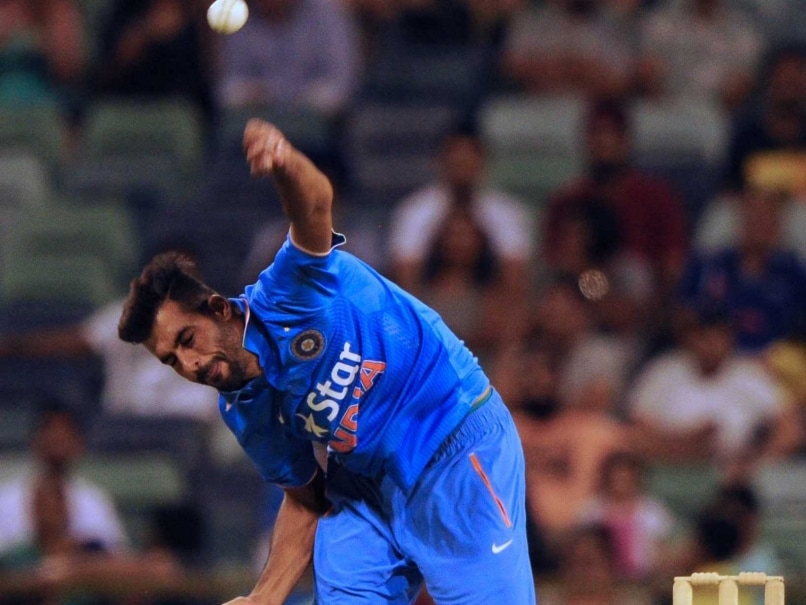 Barinder Sran finished with 4/10, the best figures by an Indian bowler on debut as India thrashed Zimbabwe by 10 wickets in Harare.© AFP

MS Dhoni seemed pretty pleased with the way his bowlers performed on Monday as India decimated Zimbabwe by 10 wickets in the second T20 to level the three-match series in style.

Led by paceman Barinder Sran, who returned with best bowling figures for India on T20 debut with a four-wicket haul, the visitors restricted to Zimbabwe 99 for nine and overhauled the target with consummate ease.

"It is a big victory. The bowlers started it all, important to start well and they bowled at right length. I was a bit worried that it was the third match on the same wicket and we would have also batted if we had won the toss," said Dhoni at the post-match presentation ceremony.

The Indian captain said that the good show by the bowlers was well complimented by the fielders.

"Bowling was backed by some good fielding, I emphasised that we hard to run harder than we did in the last game. In the shorter format, it is very important," he said.

Sran was adjudged the Man of the Match for his figures of 4/10 from four overs.

"It was fun, the ball swung. There was no pressure, the debut came late. I was not concentrating on pace but on swinging the ball since the pitch was suitable for that kind of bowling," he said.

Zimbabwe skipper Graeme Cremer said after scoring just 99, Zimbabwe were completely out of the game.

"We started slowly and lost wickets at crucial times. It is disappointing after making a good start to the series. The pitch misbehaved a bit but getting bowled out for 99, just not good enough. Final on Wednesday, we still excited, we still believe we can win the series," he said.

Comments
Topics mentioned in this article
India Cricket Team Zimbabwe Cricket Team MS Dhoni Jasprit Bumrah Zimbabwe vs India 2016 Cricket
Get the latest updates on IPL Auction 2023 and check out  IPL 2023 and Live Cricket Score. Like us on Facebook or follow us on Twitter for more sports updates. You can also download the NDTV Cricket app for Android or iOS.